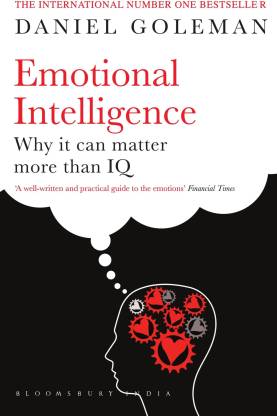 A highly engaging and practical book, Emotional Intelligence: Why It Can Matter More Than IQ redefines success and intelligence, and shows readers how emotional intelligence can be strengthened and nurtured in all of us.

Emotional Intelligence: Why It Can Matter More Than IQ presents Daniel Goleman’s insightful discoveries from the frontiers of neuroscience and psychology about how our emotional and rational mind together shape our destiny. The book argues that our perception of human intelligence is narrow, and that our individual success, decisions, and thoughts are affected by our emotions as much as our intelligence.

Emotional Intelligence: Why It Can Matter More Than IQ illustrates the strong influence of emotional intelligence on everyone’s life. People who excel in workplaces and life are the ones who show impulse control, self-awareness, persistence, empathy, motivation, and social deftness. The pioneering research has brought to light new insights into the architecture of the human brain that deals with our emotions and rationality, and it also shows us how various emotional factors affect our overall life.

The book is backed by solid behavioral and cognitive research, and it delves into the effect of a person’s emotions on all of his or her choices. Emotional Intelligence: Why It Can Matter More Than IQ juxtaposes the emotional side of the brain with the rational side, and shows readers how their brains try to find a balance between both these sides during crucial moments.

Emotional Intelligence: Why It Can Matter More Than IQ moreover shows us that emotional intelligence is not determined at birth. It can be molded and developed with motivation, awareness and persistence to bring about positive results which in turn form the foundation of a positive society.

Daniel Goleman is a psychologist, science journalist, and author.

Goleman has authored several other books including Working With Emotional Intelligence and Vital Lies, Simple Truths: The Psychology Of Self Deception.

Goleman was born in 1946 in Stockton, California. He attended the University of California, Berkeley. He later went to Amherst College for his higher studies. Goleman has also completed his Ph.D for Harvard University. He has won several awards and has been honored by various organizations for his writings and for his contributions to the field of psychology. Some of the awards include a Career Achievement Award in journalism from the American Psychological Association and also two Pulitzer Prize nominations. Goleman is married to Tara Bennett Goleman, and the couple is blessed with two children. 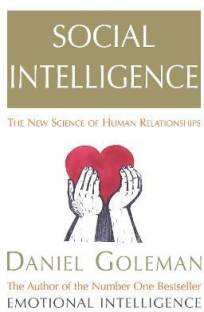 gifted this to my girlfriend cause she was connected to me emotionally too much, now she is much better, more emotionally balanced and happy very good book must buy
also I'm single now😌
READ MORE

Alright! First of all i had never even imagined that emotions played such a major role in shaping a person's career and also how he thrives in relationships both personal and professional. For all i knew was being intelligent i.e. having a good IQ was sufficient enough to succeed. Daniel gives references from various neuro-scientific research that is going on about the emotional aspects of the human brain which will make the reader awed. Surely a must read for those out there inquisitive abou...
READ MORE

Probably the first book to introduce that there is something called as emotional intelligence to a wide audience. The book talks about the nature of the brain, especially the part that controls emotions, different kinds of emotions, the relevance of emotions to oneâ??s development as an individual and also to socialize and the possible cures for emotional aberrations. The author argues how EQ (emotional quotient) is more important than IQ (Intelligent Quotient). The book is very well written,...
READ MORE

This seminal work of Dr. Daniel Goleman is one of the best books I have ever read. It is quite informative and has an easy style of writing. Go for it without any hesitation.
READ MORE

This visionary book by Daniel Goleman is a must have in everyone's collection. It is a seminal contribution to understanding the human condition and a roadmap of practical steps for living a better life.

The book is well-referenced, providing a mix of the physiological basis for the "emotional brain" as well as the practical realisation of how emotions play out in out lives. The author describes how medical imaging and montitoring tools enable us to look inside the brain and understand its w...
READ MORE

Not great, not good.

The book isn't what it is supposed to be. Very theoretical and not practical. it's good book if you want to do course work but not if you want to apply right now.
READ MORE

The book is a harbinger which can definitely show numbness-filled-us to get the great path of lively and lovely success and satiety of life through coquering and using our secret mysterious emotional world.
READ MORE

If you try to understand science with heart of spirituality then this will make best parternship in the world. try this book becoz this will give you scientific proof (if any body looking for it)
amaglada...neurons...paths... used to... such things are all part of spiritual being. and also sciene is there itself in the spiritual discourse. try to understand with pure heart not technically. can find alot of real things for self realization.

It's a shame that flipkart has only ~20 ratings for this book yet while people are busy buying stupid books. It was expecting no less than 200 for a book of this stature and present relevance.
This book is on the "Top 25" business management books of all time compiled by TIME magazine, and is immensely useful in all aspects of life ranging from relationships to workplace performance.

If you are not having good vocab then u will have a problem with understanding, but overall the book is good
READ MORE