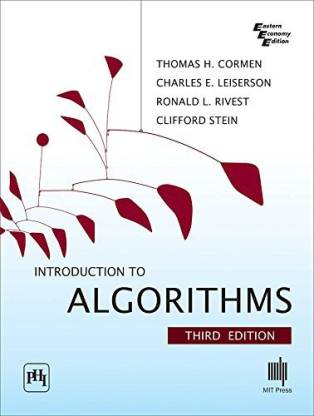 Introduction To Algorithms is one of the most commonly referred texts when it comes to algorithms, and is used as a textbook in several colleges.

The contemporary study of all computer algorithms can be understood clearly by perusing the contents of Introduction To Algorithms. Although this covers most of the important aspects of algorithms, the concepts have been detailed in a lucid manner, so as to be palatable to readers at all levels of skill.

Introduction To Algorithms has a number of chapters, each of which is self-contained, as it contains an algorithm, followed by a design technique. There is also an area of application or a related topic, so that students can find out the practical implications of the algorithm in question.

There is an introduction unit, where the foundations of algorithms are covered. At all points in the book, the jargon and technical information are presented so as to be readable by anyone who has dabbled to some extent in programming. The foundation unit seeks to enlighten the reader regarding the role algorithms play in modern computer programming and the growth of functions, among other things.

Introduction To Algorithms then moves on to Sorting and Order Statistics, introducing the concepts of Heapsort and Quicksort, and also explaining how to sort in real time. A number of other topics such as Design and Analysis and Graph Algorithms are covered in the book. One feature to note in this book is that two new chapters have been added in this third edition, one on multithreaded algorithms and another on Van Emde Boas trees.

Introduction To Algorithms is a popular book that has sold more than twenty million copies in total. In fact, it is so famous that it is commonly referred to as ‘CLRS’, after the initials of the authors. The book includes new problems and exercises in this edition.

Charles E. Leiserson is a professor at Massachusetts Institute of Technology, in the Electrical Engineering and Computer Science department.

Leiserson is also a Margaret MacVicar Faculty Fellow. He is part of the Computer Science and Artificial Intelligence Laboratory (CSAIL) at MIT and conducts extensive research in the field of computer science.

Thomas H. Cormen is the Professor and Chair in the department of Computer Science at Dartmouth.

He completed his Ph.D from Massachusetts Institute of Technology in 1992, and has been teaching ever since. His research interests include parallel computing and algorithm engineering.

Ronald L. Rivest is a popular cryptographer and he is the Erna Viterbi Professor of Computer Science at Massachusetts Institute of Technology.

Rivest is also a member of the CSAIL, along with Professor Leiserson, and helps draft the guidelines for the Voluntary Voting System for the Election Assistance Commission.

Clifford Stein is the Professor of Computer Science as well as IEOR at Columbia University.

Stein was also chair of the IEOR department for five years from 2008 to 2013, before which he was an Assistant and Associate Professor at Dartmouth College. 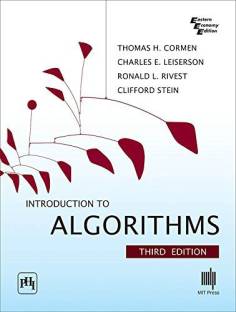 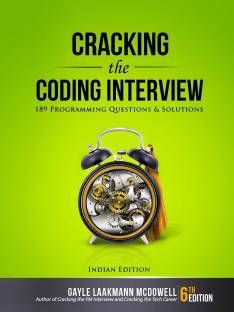 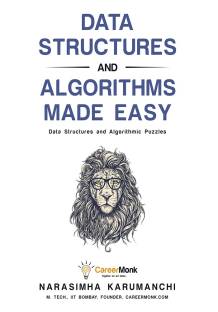 Good Math is required - Should be patient - Very detail description

I read 1st part of the book (as a beginner who knew almost (not totally) about algorithms). Here is what I felt

* Great description of algorithms and analysis.

* You will love the pseudo code

* For self learners: Should take a year to complete (approx, might take more). You got to be patient to cover all areas - especially exercises.

excellent book but not recommended for self learners.

this book is amazing specially for computer science grads who wants to level UP their knowledge and skills in programming and other stuff, but then...nothing great comes easy. you will often find yourself struggling in understanding even the basic concepts, forget about concepts, even some terms are not described properly (the book is written by MIT lecturers for post grads so.. you know what i mean right?)
All in all buy this book only if you-
1) have a great teacher at your college who can ...
READ MORE

I would not mention any thing about the product coz everyone knows this is a world famous publication and is taught worldwide. Only suggestion to user is to read this book in parallel with the video lectures on MIT website ( these are free lectures) This is gonna be a deadly combination :) this book will be a lot easier to learn with those video lecture .

Thanks to flipkart for the timely delivery :)
READ MORE

So much has already been written in praise of this book that I really don't have any new words to appreciate!!

This is wonderful book and really deserve five star rating. But this is not the end. Really.
After you are done with this book you are ready to explore other amazing texts in this field. Some of the recommended ones are:
1. Algorithms (4th ed) by Robert Sedgewick
2. And now my favourite: The Art of Computer Programming (Donald E. Knuth). All volumes are exceptional but first volume ...
READ MORE

This is a great book for algorithms. I count on this book for all my algorithm requirements. I was just wondering, if this book is an introduction then what the complete algorithm book would be. :D

This is a complete book (for undergraduate level), like a bible for algorithms. With page number running into four digits, it's a very detailed and descriptive book, which makes it an excellent learning resource for beginners.

A good grip of mathematics will be of great help. However, most of what is required is put into the Appendix, so you won't have to go hunting for a piece of maths.

This is a great book, which is further solidified by the fact that it is used as a textbook for MIT (Mas...
READ MORE

FIGURES/ILLUSTRAIONS are not clear so you'll not be able to understand anything. you can imagine how difficult it will be to study GRAPH THEORY without clear diagrams. GRAPH THEORY is also one of the most important concepts just like Asymptotics notations, Dynamic programming etc. I would suggest either you should buy a original copy which is around INR 2000 or purchase it from somewhere who sells preowned original books. You can clearly spot the difference in the images I've uploaded.
READ MORE

This is an excellent book for CS/IT engineering students seeking to have very strong base in Algorithm analysis and design . However, you must also pay equal attention to practical aspect as mere learning and analyzing on paper won't help in the longer run. So, either learn C++ or Java first. I would recommend learning C++ as one can learn coding in C++ in short time.
Therefore also buy The C Programming Language (Ansi C Version)
flipkart.com/c-programming-language-ansi-version-english-2nd/...
READ MORE

Amazing if you have the interest and will

I am 16 but I literally am mad about computers.
It has extremely high level of math and is extremely hard to understand at my level (1 year of basic C++).
But with enough research and going through algorithms 2-3 times I do manage to master them.
This book is amazing. I can read it all day all night. The pseudocode can easily be converted to Java and C++ (I make programs in both).
Original cost of this book is around 60-70 dollars but flipkart is selling it for like 375 rupees so I would rea...
READ MORE

This is the best book that I have come across as far as introductory algorithms text goes. The explanations, proofs and applications are concise, clear and on point. This text is perfect for anyone who is willing to learn about algorithms and has the necessary maths as well as CS background.
READ MORE

1
0
Permalink
Report Abuse
+
All 437 reviews
Questions and Answers
Q:Does it have hologram on it? Print, diagram quality? Which seller?
A:No , It doesn't contain hologram and its paper quality is not so good .it looks like that it has been copied. papers are also loosely bounded
Anonymous
Certified Buyer
3
0
Report Abuse
Read other answers
Q:In which language this book is based on? Will it be good for learning C++ Data Structures? Does it helps to master competitive coding? Is it a beginner friendly book for learning DS and Algo?
A:There are no languages used in this book. Pseudocode is used in place of language. yes, it helps in master competitive coding Yes, it is a beginner-friendly book for learning DS and Algo
Asish Raz
Certified Buyer
1
0
Report Abuse
Q:Does it contains CD? If yes, in which language is implementation given?
A:no
Subimal Mitra
Certified Buyer
2
0
Report Abuse
Read other answers
Q:what is the probability of getting a book with bad printing and not properly visible diagrams?
A:4 friends of mine and I have bought the CLRS book from Flipkart. One of of my friends had minor concerns regarding the printing quality of the copy he got. Rest of us have no issues. So 1/5 maybe :P
Flipkart Customer
Certified Buyer
3
3
Report Abuse
Q:Images are clear or not if not then what should I do with delivered book
A:Book are geniune and imageare clear
UMESH BOOK SELLER
Flipkart Seller
0
1
Report Abuse
Q:what is the difference between eastern economy edition and international edition??
A:Pls check ur end side
Jail
Flipkart Seller
0
0
Report Abuse
Q:I am aiming to clear GATE but now i am btech cse 2nd year student and i have data structures and algorithms subject.Will i able to score good marks in my univ exams and GATE both by reading this??
A:yes definitely
Rishabh Agrawal
Certified Buyer
0
0
Report Abuse
Q:Please upload few pics of pages like page no 585, 893 and 1293 so that i can see page quality of what i will be buying. Upload all 3 pages.
A:Yes
BLUEREBBAN
Flipkart Seller
0
0
Report Abuse
Q:Is it international edition? or Easter Economy edition?
A:international!
Anonymous
Certified Buyer
0
6
Report Abuse
Q:what's difference in eastern economy and international edition , like any content change or missing type ,, and also how's quality of book .
A:Book quality is very good
UMESH BOOK SELLER
Flipkart Seller
0
0
Report Abuse
All questions+
Safe and Secure Payments.Easy returns.100% Authentic products.
You might be interested in