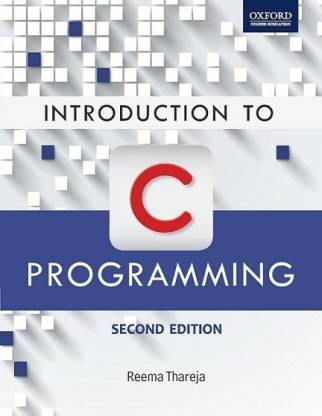 Introduction to C Programming 2e is designed to serve as a textbook for B Tech and MCA students as well as those pursuing any basic course on C programming. The book focuses on the fundamentals of C programming to enable students write effective programs.
Beginning with an introduction to programming in general, the text goes on to delve into a complete analysis of the various constructs of C such as decision control and looping statements, functions, arrays, strings, pointers, structures and unions, file management, and pre-processor directives. It also presents a separate chapter on linked lists detailing the various kinds of linked lists and how they are used to allocate memory dynamically. The second edition also features a new section on C programming with Unix, Linux, and Ubuntu as well as a detailed discussion on algorithms and how they act as a blueprint for writing effective C programs.
A strong pedagogical approach is followed throughout the book, which includes plenty of examples, figures, programming tips, keywords, and end-chapter exercises. These features, augmented further in this new edition, will help students master the art of writing C programs.

It is by FAR the best book to learn c. For Dummies. It's the best. Better than Let us C
Helped me to understand all the basics.
Thanks to this book, i am getting good grades in C.
If you are a Dummie, beginer do buy this book to learn from the start and the language used here is simple.
Sample code examples are very good.
Try this book. You will not regret.
READ MORE

WONDERFULL TEXTBOOK FOR ANYBODY

The chapters have been covered with relevant examples along with output for the programs. Diagrams are attractive and definitely grab the attention of readers. At the end of each chapter points to note and exercises provided will boost the confidence of the reader. Overall worth for anybody who likes to know C programming. Flipkart service awesome.
READ MORE