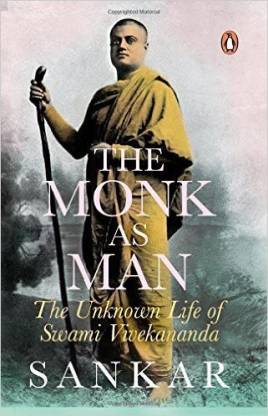 The Monk as Man - The Unknown Life of Swami Vivekananda (English, Hardcover, Samkara 1933-)

The Monk as Man - The Unknown Life of Swami Vivekananda  (English, Hardcover, Samkara 1933-)

The Monk As Man: The Unknown Life, authored by Sankar, describes the human side of one of Indian history’s most eminent personalities?

The Monk As Man: The Unknown Life  was published in the year 2011, and this biography of Swami Vivekananda is written by the renowned Bengali author Sankar. It is an English translation of the same book in Bengali.


Founder of the renowned Ramakrishna Mission, Swami Vivekananda reconciled religion with scientific enquiry. He emphasised on inculcating, within one’s self, an unwavering faith and an insatiable thirst for knowledge. He never propagated blind belief and was a successful ambassador of India’s spiritual side to the west.


Swami Vivekananda was also a mystic who traveled extensively, and on these journeys, which were no less than epiphanies to him, he came face to face with the stark poverty of India, which affected him deeply and defined him as a man. It turned him into a champion of the cause of the poor and made him a role model philanthropist.


We are all aware of these aspects of the Swami’s life. Numerous books have been written about him by his brothers, disciples, and students, and by those who simply knew him and benefited by interacting with him. Swami himself wrote various letters and gave speeches, which also serve as a peek in to his life and endeavours.


Keeping all these aspects into account and indulging further into his history, Sankar has attempted to chronicle the lesser talked aspect of his life - Swami Vivekananda as a human being - in his book The Monk As Man: The Unknown Life.


Journeying through the pages of these books, readers will be confronted with the tumultuous family ties of his life and his relationship with his mother will be brought to light. After Swami Vivekananda cut all family ties and set out on his mission, his brothers never as much as bothered to enquire after him. Why so? Also, as the rumours go, did Swami’s sister really kill herself? Did the tedious disputes over matters of family property affect Swami’s health and psychology to the point of taking a toll on his life?

All these questions that had never been associated with Swami Vivekanada and deliberated here.


His affinity to the Vedanta and how he got there, the sight of his second heart attack, his likes and dislikes of various fruits, and his comments on tea and even his physical appearance are also discussed. As readers take in all this information, and more, Swami Vivekananada emerges, for the first time, not as a venerated saint, but as an old friend. He comes alive through this brilliant narration, and the readers are filled with warmth and humbled at being acquainted with the more human side of the great man.


It has met with astounding reviews, with its different approach to the great saint’s life.

Mani Sankar Mukherji, popularly known as Sankar, is an eminent Bengali writer from the Howrah district of West Bengal.


Other books by Sankar include Jekhane Jamon (As It Is There), Kato ajanare (The Many Unknowns), Abasarika, Chowringhee, Gharer Madhye Ghar, and Nagar Andini.


As it is clear from this book, painstaking study and research went into the compilation of this text. It is thoroughly insightful and unique. The readers get to know more about Swami Vivekananda, his personal life and struggles, for his ability to overcome all obstacles, and in creating a golden legacy for himself as a great saint.


While serving as a clerk to a British barrister, he was introduced to literature, and since then, it became his passion. His first book was written about a barrister, known as Noel Barwell, who had instilled this love for the written word in him. Since then, he went on to produce numerous works of eminence and became Sankar, as the English-speaking world knows him today. He is also a marketing professional and an expert on street food, having written two of his novels on his culinary exploits. 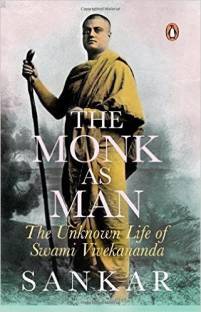 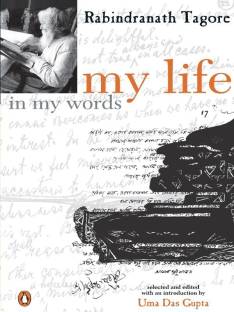 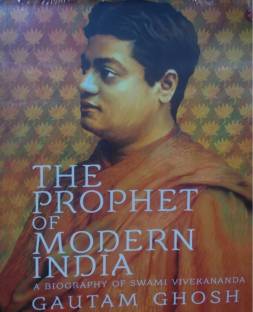 The monk who 'soul'd his people

Sankar's well researched and well written book chronicles the extra-ordinary life of Swami vivekananda,the monk who mesmerised the whole world with his wonderful oratory and wisdom and gave wings to the indian philosophy. lesser known aspects of vivekananda's life, like his obsession with chain smoking, his culinary interests and his tryst with malodies have been detailed in length in this biography.Sankar brings into light vivekananda's intense attachment with his mother. Author depends both...
READ MORE

Not upto the hyped experiences provided.

First of all the book gives us a different side of the great swami. One who hasn't read any other books or doesn't have any background of who swami is would be misguided by this book verbally.
The book shows the struggle of the great sage, his cons, his non-extraordinary actions and day to day habits. It doesnt enlighten us with the great activites the gems that swami has contributed. I guess the author delibrately left out the main things to portray other side of swami.
READ MORE

I love the books, this nice service from the team. But quality off book is OK fine.... But really a good service.....
READ MORE

For those interested in the life of the great man...

This book gave a peek into so many different aspects of the great man. His penchant for cooking, the foodie that he was, the description of his mother, the history of his family and the detailed description of the last part was absolutely unknown to me. I loved the book. I agree the editing could have been better as some anecdotes and facts were repeated; am sure by mistake.
READ MORE

Full Life of great swami vivekanda..I recommend every indian must want to read this book, we will get lot of informations for our really life by reading this type of Books..
Thank You Flipkart For Your Speedy Service....Keep it Up
READ MORE

I felt very happy after reading this book. Swamy Vivekananda is the person who blossomed the whole world about our flower HINDUISM. The book provides spiritual awareness among the readers. thank u flipkart.
READ MORE

We in India have heard, read about Swami Vivekananda and his genius since childhood. Have you ever wondered about - how was he as a person, what hardships he had to face in his life, the food he loved, did he face any health issues? If this part of Swamiji's life interests you then you need to read Shankar's book - The Monk As Man. Apart from these facts, I also found reasons why Swami Vivekananda was accepted wholeheartedly by the people in US and Europe. Many of them became his admirers and...
READ MORE

Good Reading and information about the great man of India.

Many books have been return on and about life, times and thoughts of Swami Vivekananda.In that regards, this book shed different light of his life and journey from Noren to Swamiji. This book tell us many things about Swamiji's "common-man" avtar. He was at heart a family man and never ever posed himself as saint when it comes to his family. Book is very good read for those who are interested in knowing this great human. Written in simple language and in an easy to understand way. Recommended.
READ MORE

The book gives information about Vivekananda's family more than him...

It gives so much details of his family that is not relevant to a reader who wants to know what inspired and formed his ideology.

I could never complete the book. Just read half of it and gave up.....
READ MORE

The book is a slow read. We need time to understand and digest the content. I completed 2 chapters. The first one is touching as we move through the toughest times of Swamiji.The second one is completely about the emperor swamiji who had a great art of cooking. I am still reading the book.
The book depicts the depth of research done by sankar ji. The chronological placement of events is helpful.
On the whole, a very good book for those interested to read about Vivekananda. But i suggest a slo...
READ MORE