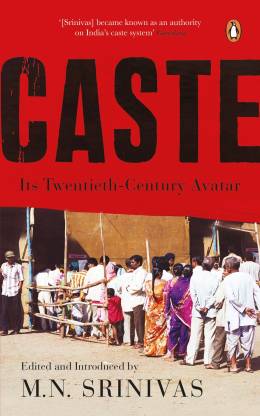 Sold Out
This item is currently out of stock
Author
Srinivas M. N.
Read More
Highlights

Caste: Its Twentieth Century Avatar is a collection of essays by experts on the complex topic of the caste system prevalent in India. The book is an attempt to describe the effects of India’s caste system on the various political, social and economic aspects of the country.

Caste is a kind of social division of people based on their lifestyle, occupation, hierarchical status, notion of purity and many other factors. The caste system in India is one of the primary drivers that divide the society into separate social groups. It has been a subject of numerous studies and also serves as a reference to the study of caste-like divisions outside of India.

Caste: Its Twentieth Century Avatar edited and introduced by the author describes to the reader the influence of the caste system in the current scenario, in which India is on the brink of modernization. The book discusses how the ancient caste system of India, practiced even today, comes in the way of the country's progress.

The book goes on to give an account of the role of women in keeping the caste system alive in the present day, the correlation between caste and the Indian economy and its effect on Hinduism. It also gives the reader an understanding of the backward classes’ movements and struggle for power in Tamil Nadu, Bihar and Uttar Pradesh. It also touches upon the topic of efficiency versus job reservation, caste systems existing among Indian Christians and Muslims, and critiques relating to the Mandal Commission Report and its subsequent judgement.

Mysore Narasimhachar Srinivas was an Indian sociologist and writer.

A few of his other books are Religion And Society Among The Coorgs Of South India, Indian Society Through Personal Writings and Dimensions Of Social Change In India.

Srinivas was born in 1916. He is a Ph.D. in Sociology from the University of Bombay and attended Oxford University for further studies. He is known for his work on caste systems, Westernisation and Sanskritisation in South India and social stratification. He had served in various reputed institutes such as National Institute of Advanced Studies, Bangalore, University of Delhi and Maharaja Sayajirao University of Baroda. Srinivas was awarded the Padma Bhushan from the President of India. He died in the year 1999.

A good book on indian caste system. Ground to earth. Telling each and every aspect as an upsc aspirant you should try it.
READ MORE