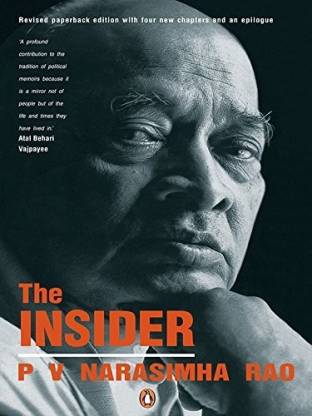 Published in the year 1998, The Insider is a fictional novel that provides the readers with insights into the way politics works in India, through the eyes of former Prime Minister, P. V. Narasimha Rao.

The Insider provides the readers with a great deal of insight into the often shocking, and heart-rending truth about the political scenario in India. In this book, Rao has incorporated several personal experiences in the political arena. The plot revolves around a young man named Anand, who gives up his career to bring about political reform. This story is set in a fictional state, called Afrozabad, which is based on Hyderabad.

Anand begins his political career by opposing the oppressing rule in Afrozabad. When Anand achieves success in his political party, he’s placed in a spot where he needs to choose between Chief Minister Mahendranath, and his rival, Chaudhary. In time to come, Chaudhary becomes the Chief Minister, and Anand is made a minister under him. During his time as a Minister, Anand carries on an affair with Aruna, a legislator. After the two break up, Anand moves to Delhi after the political reins are handed down to Indira Gandhi.

Under the governance of Gandhi, Chaudhary is replaced by Anand, who becomes the Chief Minister of Afrozabad. After trying to pass a bill that was the reason for Chaudhary’s dismissal, he is then made to deal with party work under Indira Gandhi. The Insider covers a number of key events in Indian politics, which include Indira Gandhi’s rise to power, her second coming, her assassination, and Rajiv Gandhi’s premiership. Towards the end, Anand chooses to retire from his political career, and is then requested to become the Prime Minister of India. The Insider tells the readers how Indian politics works, and the fact that genuine intentions are also present, despite corruption.

Narasimha Rao was born on 28th June, 1921, in Vangara, Hyderabad. He completed his undergraduate degree from the Arts College, Osmania University, after which he finished his postgraduate degree in Law from Fergusson College, University of Pune. He took part in a by-election in Nandyal to secure his position in the government. His victory margin at Nandyal was a whopping 5 lakh, which was registered by the Guinness Book of World Records. Rao held the position of the ninth Prime Minister of India, from 1991-1996. He passed away on 23rd December 2004, due to a heart attack few days earlier. 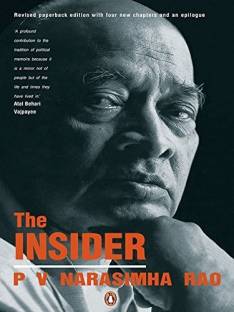 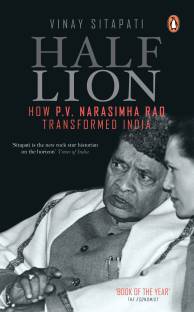 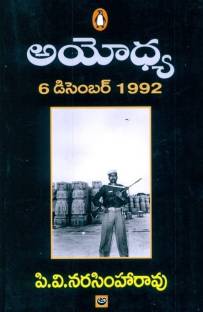 Not A routine book

A must read book,so well written you can call it a page turner,but only in the end it flattens and he finishes all in a hurry.He does not write his experiences and all as a PM,from the moment he becomes a serious player till PM all covered in 4 pages.

But the remaining 800 pages are the main semi-fictional-biography. the internal struggle and his childhood in all makes this a good book
READ MORE

This is a good book to read on politics and the happenings in India around the 19th century beginning.
It is more of Narsimha Rao reciting his own life history with little fiction. It gives a good insight into Independence struggle, India of that period and Congress party.
READ MORE

Who has interest in knowing the past of Indian, should read

If you love to know the past, then should read it
READ MORE

Must read to understand the reality.
READ MORE 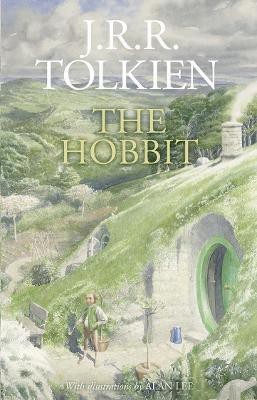