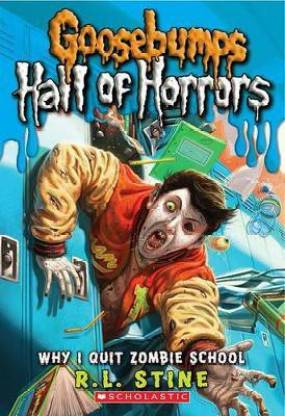 R. L. Stine’s Why I Quit Zombie School is the fourth book of the terrifying Goosebumps Hall of Horrors series of books for kids.

When Matt joins his new school, he’s happy to feel like a genius. He’s the best in all the subjects, but that could be because his classmates seem to be lacking intelligence and energy. The other kids are strange and move in a weird way. They look like they’ve crawled out of a zombie movie, and by the looks of it, they want to turn him into one too! Can Matt escape Zombie School?

Robert Lawrence Stine is an American writer known mostly for his horror novels, mainly the Goosebumps and Fear Street series.

The Goosebumps series was adapted into a kids’ television series, with R. L. Stine as the host for a few episodes.

Next up in this series is Don’t Scream! 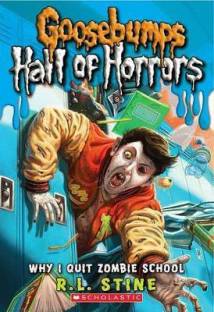 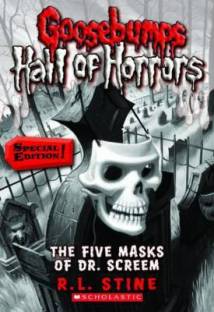 I recommend this book to any people who likes to read Goosebumps stories. It is a must read book for those who likes thrilling stories. It is written by R.L Stine. It is a story of a boy who is admitted to a zombie school unknowingly by his parents and his quest of escaping from the school despite many troubles....
READ MORE

I don't understand why anyone should read these books but my kids love them and we have a collection of 19 books. They are good if the kids like them..
READ MORE

Goosebumps series are amazing for a beginner reader. The storytelling, english, writing style are all amazing and fit for a beginner.
I am always amazed by the uniqueness that his story holds.
READ MORE

One of the best books

Really amazing book. One of the Best book among all the books of R.L. Stine. Every single page is interesting to read.
READ MORE

This book is one of the best book that I have read so far and I am amazed that how can anybody write such an amazing story about a boy in a zombie school and now I will not say anything else as if I tell you the story now then how will you be amazed by buying and reading it !!!!!!!!!!!!!!!!!!!!!!!!!
READ MORE

some pages are missing!!

An another good book by the author . A good service by flipkart as usual . I received this book in 2 days . Its very interesting story from starting till end . Reading this book is must for goosebumps reader ...
READ MORE

This is a review from a dad who read this book "out aloud", chapter by chapter day by day to his 8 year old daughter. And we bot thoroughly enjoyed it.
Ok!... at times the descriptions were a bit gross. But they fitted in quite nicely with the flow and brought.... what do you call it.... yes genuinity!!.
Stine does a very nice job of keeping the reader involved and very much eager to go on to the next chapter. The interest never wavers and the suspense is quite intriguing.
I think the way ...
READ MORE

0
0
Permalink
Report Abuse
+
All 15 reviews
Questions and Answers
Q:Are there some pages not in the book? Are the pages leftover?
A:No.
SPECTRALE
Flipkart Seller
0
0
Report Abuse
Didn't get the right answer you were looking for
Safe and Secure Payments.Easy returns.100% Authentic products.
You might be interested in