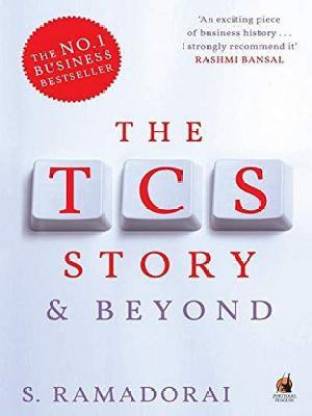 The TCS Story . . . And Beyond (English, Paperback, Ramadorai,S.)

A modern day fable, the success of TCS isn’t one that can be easily forgotten. Here S. Ramadorai, who took on the mantle of CEO in 1996, reminisces and lays bare the machinations of this firm as it grew leaps and bounds into garnering a veritable clout in the IT industry globally.

Tata Consultancy Services, as Ramadorai points out in The TCS Story And Beyond didn’t begin as the IT services and solutions provider that it is now lauded as. TCS was instead borne of a decision to pool together all of TATA’s needs for data processing in the mid nineteen sixties. However fate in the form of the license raj, the exorbitant duties and innovative leadership turned the story around and TCS became the software giant and not the hardware giant.

Ramadorai entered the company in 1968 as a programmer at TCS but resilience, innovation and hard work soon propelled him into the seat of the CEO in 1996. By then the formerly estimated $155 million enterprise had grown to garner $400 million just in operations. Ramadorai’s instatement marked a complete shift in leadership. Where Kohli, the erstwhile CEO was aloof and a ‘benevolent dictator’ Ramadorai focussed on team support and building consensus.

By 2002, TCS was worth $1 billion and Ramadorai pushed the engine irreversibly forward by revealing a lofty vision for the company the very next year. This marked the new era for TCS when Ramadorai unveiled the incendiary mission statement “Top Ten by 2010” and indeed delivered on it albeit early by 2009. The TCS Story and Beyond doesn’t shirk away from the other happenings in the software industry. It lays down the conditionalities that finally led to the mushrooming of software services and verticals through entrepreneurial vision.

The TCS Story and Beyond evokes a certain nostalgia as Ramadorai tells this story from his point of view, infusing it with humour and candour. This book marks the spirit of the entrepreneur that may grapple under shackles of its circumstances but manages to find success through its own visionary ideals.

Subramaniam Ramadorai works in the National Council on Skill Development as advisor to the Prime Minister. He has authored only one book, The TCS Story And Beyond, an autobiographical treatise into the fantastic business history of TCS and the software industry in India.

He was born in Nagpur. He went on to receive his Bachelor’s degree in Physics from Delhi University after which he went overseas to complete his education. He is currently the Vice Chairman at TCS after ending his tenure as CEO in 2009. He was awarded the Padma Bhushan in 2006. After receiving a Master's in Computer Science from University of California, Los Angeles, he returned to India and joined TCS as a junior engineer in 1969. He was presented with the Commander of the Order of the British Empire and many other awards as well. 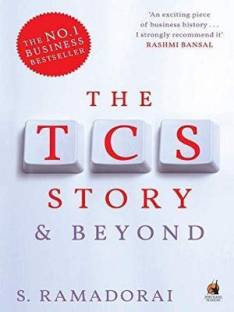 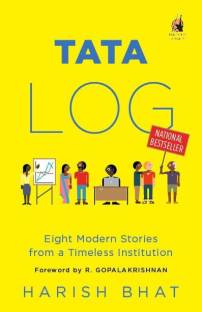 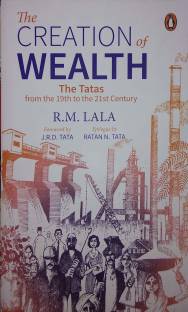 Its good. Flipkart delivered it on time...
READ MORE