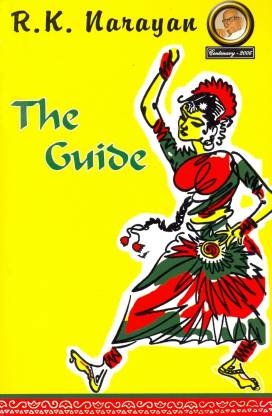 The Guide is an entertaining story overflowing with love, deceit and faith, and was written by one of the most famous of Indian writers, R. K. Narayan.

The Guide by R. K. Narayan is the story about Railway Raju, a tourist guide who meets and falls in love with Rosie, the beautiful dancer who is married to Marco, an archaeologist. They soon become entangled in an adulterous affair, which on becoming known to Marco leads to him going away to Madras, leaving Rosie behind. Raju and Rosie collaborate, and make Rosie a successful dancer. Soon, they make a lot of money together. However, it all goes wrong when Raju uses illicit means to get some of Rosie’s jewellery from Marco. Raju is sent to jail for two years for this act.

On his subsequent release, Raju falls into a peculiar situation where he is catapulted as a holy saint due to a mere coincidence. Soon, he becomes famous among many villagers and receives immense adulation and comfort from them. But what happens when he is asked to solve a severe problem faced by the villagers? Will Raju be able to live up to his pious image?

The plot oscillates between the first and third person narrative throughout the novel, with the former telling us about the young and spirited Raju and the latter telling us the story about Raju the saint. The novel is one of Narayan’s most famous works and won the Sahitya Akademi Award in 1960. The Guide has also been made into a film.

Rasipuram Krishnaswami Iyer Narayanaswami, or, as he is more widely known, R. K. Narayan, was a famous Indian writer. He was famous for his simple writing style which portrayed the realities of Indian society.

Some of his works are Swami and Friends, The English Teacher, Mr. Sampath, The Vendor of Sweets, Next Sunday, A Writer’s Nightmare, The Writerly Life, Malgudi Days, A Horse and Two Goats and The Grandmother’s Tale and Selected Stories.

R. K. Narayan was born in Madras. After studying at various schools he went to the Maharaja College of Mysore. He wrote his first book, Swami and Friends in 1930, which met with initial rejections from many publishers. It was ultimately published in 1935, when the famous writer Graham Greene recommended the book to his own publisher. Narayan has also worked for various periodicals such as The Justice, The Hindu and The Atlantic. He started his own publishing company called Indian Thought Publications, which is still active today. He has also translated The Ramayana and The Mahabharata into the English language. Narayan was the recipient of various awards such as Padma Vibhushan, and the AC Benson Medal from the Royal Society of Literature. He was also a nominated member of the Rajya Sabha. He died in 2001, at the age of 94. 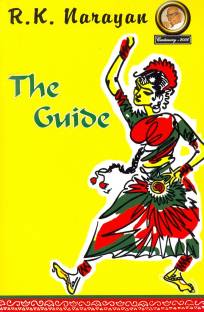 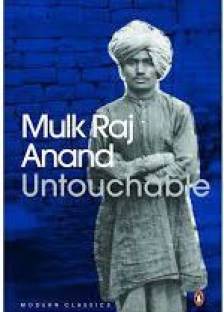 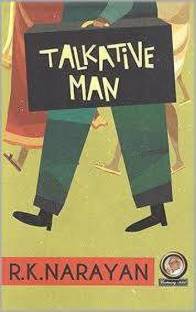 whenever i think about this novel....i say just one word"wow!"...the novel is too good...r.k.narayan has so beautifully potrayed everything....the novel is very artistic n keeps the readers glued to it...it just took me a day or two to complete it....awesome...really...if anyone finds an opportunity to read it...dont u dare miss it...n m sure u will truly love it...infact a movie was also made on this novel starring dev anand n waheeda rehman...it also won international recognition...r.k. nar...
READ MORE

As a reader, I enjoyed the book The Guide which has been fabulously written by Mr. R.K. Narayan. His way of writing has impressed me a lot. This book is full of suspense. With every turning page, a new mystery is revealed. The context of words that has been chosen is magnificent. At times the story seems very confusing, like Once Rosie agreed Raju's proposal and spent time with him but some days later she started showing concern for her husband. Thus, its not clear what she was up to but its ...
READ MORE

Now THIS is true Indian writing.

I would advise anyone who is interested in good literature to read this book. I won't take up your time and just say that it's beautiful. Really.

As for the physical condition of the book---
it looks bright (the cover is really unique as you can see!)
I got my copy delivered in perfect condition (with sharp corners and all)
the pages are smooth
the font is not too small, nor too large, just about perfect
READ MORE

Lively & Lovely Classic from R.K.Narayan with humor packed inside

A pastime book and interesting story.Raju's romanticism towards dancer, his description about her,keeping his promise to be with her in difficulties, fear of loosing her to his husband that made him to commit mistake attracting jail sentence, a good and obvious helping word to farmer that converted him overnight to a holy man and the way villagers mistook his word thus "entertaining" him to fast and etc., make the story run smooth and somewhere you will find your character included in the sto...
READ MORE

With magical imagination and true painting of parallel stories of Raju's past and present is absolutely genious.
In my opinion RK Narayan's writing is pinnacle of Indian english literature. Must for aspiring writers. 100% original copy. Pages and binding very good. Thanks Flipkart for express delivery and great price!
READ MORE

1) This Book Gives You 100% Goosebumps.
2) Well Explained and Easily Understandable Language.
3) Author highlights the day to day life challenges and gives easy Parameters to Tackle them.
4) There are Several parameters in this book Where you can easily Analysis your potential to tackle problems which came in human life to transform a person .
5 I preferred Everyone to read this book as it is much helpful to reduce some common life problems .
6) It Nourishes and Improve your campabilit...
READ MORE

Raju, the protagonist is a popular tourist guide of his town Malgudi. He eventually falls for his client's wife Rosie who was a Devadasi, prior to her marriage. Rosie is very passionate about dancing, Raju encourages on her future plans on dancing and seduces her away from husband who is obsessed with rock cravings and sculptures. After learning about extramarital affair, her husband abandons her and Raju takes up her responsibility which is later is motivated by greed for material wealth. ...
READ MORE

I had seen guide film about twenty years ago,but I didnot know the film is on the book. I found the book on flipkart while searching other books,I placed the order and within a week the book was delivered to my house. I read it in four days,and i came to know that narayanan sir was a great writer,here i thank to flipkart for providing such an excellent service,otherwise,I never get such books to read as i live in a remote place where english books are not avaliable.TM.shaikh,Ausa,maharashtra.
READ MORE

Simply a masterpiece but.....

Well it is one of those masterpieces R K Narayan has carved over his lifetime as we find in the introductory part. The Guide is the story of transformation of the protagonist Raju from being a tourist guide to the stage of a sadhu. It also humorously depicts the picture of so called Saints or Sadhus which are flourishing across the nation and fooling us around with their miracles.

During the story you could feel the ecstasies, anger, love and humor as well associated with the characters ther...
READ MORE

Lively & Lovely Classic from R.K.Narayan with humor packed inside

A pastime book and interesting story.Raju's romanticism towards dancer, his description about her,keeping his promise to be with her in difficulties, fear of loosing her to his husband that made him to commit mistake attracting jail sentence, a good and obvious helping word to farmer that converted him overnight to a holy man and the way villagers mistook his word thus "entertaining" him to fast and etc., make the story run smooth and somewhere you will find your character included in the sto...
READ MORE