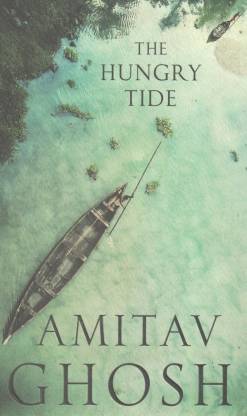 The Hungry Tide is a present-day story of love, individuality and exploration, set in the mangrove forests of Sundarbans in West Bengal. It is the sixth novel penned by the greatly acclaimed Indian-born author Amitav Ghosh, which won him the Hutch Crossword Book Award for Fiction in 2004.

The Hungry Tide is set in the enormous and exotic Sundarbans in West Bengal. It is an archipelago in the Bay of Bengal where the dwellers live in a constant fear of the man-eating Royal Bengal Tigers and the erratic drowning tides. An impetuous Indian-born American marine biologist named Piyali Roy comes to Sudarbans to study an unusual species of dolphins. But her expedition becomes a disaster from the very start, when she is tossed from a boat into the crocodile-infested water. Piyali is saved by Fokir, who is a young and uneducated fisherman. Although they are from entirely different backgrounds and ways of life, they are strongly attracted to each other. Piyali somehow succeeds in getting Fokir involved in her research with the timely aid of a translator called Kanai Dutt. Dutt is an entrepreneur who is settled in Delhi. Thus three main characters come together with their distinct set of beliefs and ideologies, crossing their ways with one another, and it is only through their intertwined lives that the author brings out the numerous elements of the subject in The Hungry Tide.

The Indian born English writer Amitav Ghosh’s work mostly constitutes historical situations, specifically Indian at that. He is from West Bengal. His debut novel was The Circle of Reason, and he has ever since been a prolific writer. Born in July 1956, Ghosh studied in some of the most reputed institutes of India. He later acquired a D.Phil. from St. Edmund Hall in social anthropology. He was also a professor and taught at Queens College, City University of New York, and the most renowned Harvard. For his outstanding contributions, Amitav Ghosh has been awarded the Padma Shri award by the Indian government in the year 2007. He has also won the Sahitya Akademi Award, the Dan David Prize, and the Arthur C. Clarke Award, and was nominated for the Man Booker Prize in the 2008 for his book Sea of Poppies. Currently, he lives in New York, with his wife Deborah Baker, and their two children. Some of his other notable works are The Shadow Lines, The Calcutta Chromosome, The Glass Palace, and River of Smoke. 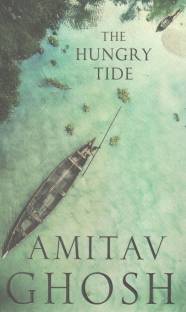 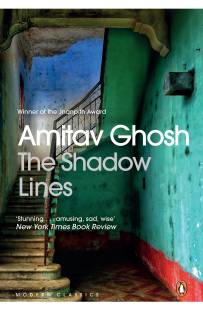 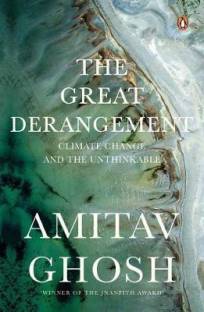 Thrilling story, wonderful storytelling by the master storyteller, gets inside the heart of the Sunderbans, its life. Not a moment of dullness in the whole book. It can be turned into a great movie too!
READ MORE

Thanks a lot Flipkart for the fast delivery. Got the book in one day as promised. Excellent quality book received. Looking forward to read this beauty and order a new book from Flipkart after reading the hungry tide.
READ MORE

an extra-ordinary way of story telling...very unique..where the reader feels to be very much present in every pallet of the story by himself. The flow of the story is very smooth. Vivid description of the nature, the plot...the characters..altogether, it's a very good read indeed.
READ MORE

REVIEW ABOUT THE QUALITY AND BEST SELLERS

THE BOOK WAS DELEVERED BEFORE THE PROMISED DATE.....THE PACKAGE WAS GOOD ENOUGH.....BOOK WAS FULLY SEALED AND WAS IN ITS BEST CONDITION..... NO BINDING PROBLEM ..... JUST BUY IT FROM ES RETAILS OR F-ADVANTAGE BADGED SELLERS
READ MORE

Book is good no doubt.
One of the worst part is no bookmark is provided.
The company can atleast provide the bookmark.
READ MORE

Nice book but it is not a hardcover as it is showing. It is a paperback format book
READ MORE

The book was delivered on time. It was of good quality. The Hungry Tide is a riveting read. One is always glued to the story. Environmentalism, colony and it's post colony, human as subject and nature as object, all these layers are mingled in thick broil of narrative. The tale BONBIBI is a must for readers. With climate precarity knocking our gates, this book can give glimpses to our impending future
READ MORE

I got it one day before . So I just read 10 pages yet I dot know the main focus of the book but the delevary was too good as usual. And the book is also in a very good condition. There is no book mark with this book .
READ MORE