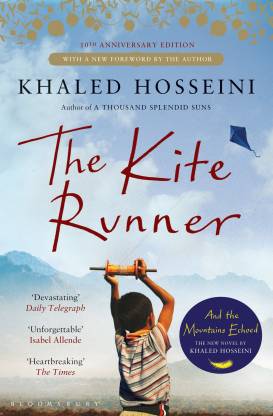 The Kite Runner by Khaled Hosseini is your best bet in case you’re looking for the perfect emotional release. It tells you the story of Amir, a young boy from Kabul, and his close friend Hassan. Set against the backdrop of tumultuous events, this novel is sure you make you feel emotions that you never knew existed.

From the fall of Afghanistan’s monarchy through the Soviet military intervention, the exodus of refugees to Pakistan and the United States, and the rise of the Taliban regime, The Kite Runner will stun you with its simplicity and authenticity of the characters. Khaled Hosseini weaves the characters in this novel with such magical writing that you’ll feel as if Amir and Hassan were people that you knew a long time ago. A story of family, friendship, tragedy, and even sexual assault, The Kite Runner is the kind of novel that’s very difficult to put down.

Before turning into a full-time writer, Afghan-born American novelist Khaled Hosseini was a physician. It was Hosseini’s debut book The Kite Runner, which was set in Afghanistan and featured an Afghan as the protagonist, that brought him fame and urged him to retire from medicine to pursue writing. Apart from The Kite Runner, Khaled Hosseini has written three other books - A Thousand Splendid Suns (2007), And the Mountains Echoed (2013) and Sea Prayer (2018). Currently, he lives with his wife and two children in Northern California. 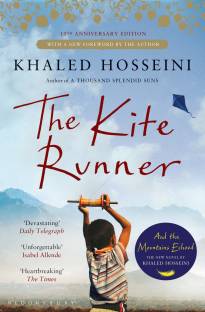 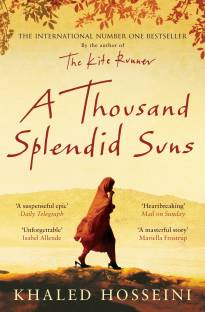 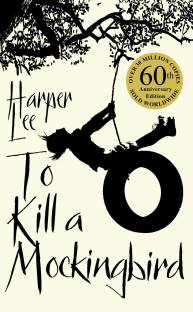 Plot:The story revolves around two children in afghanistan,who are half brothers and are unaware of that fact.Their father is a rich man in afghanistan but post soviet invasion moves out to USA.Here the story continues ,however one of the child is left behind by his father to take care of house with the help of a servant.However things turn tragic and an incident in childhood haunts the main lead throughout his life.He tries to redeem himself by doing something unselfish for his half-brother....
READ MORE

I bought this along with A THOUSAND SPLENDID SUNS.I am really impressed by this author and would suggest this book to all. It will surely have an impact on your mind. This book came in a good sealed packaging and the font size is really good, however I am not satisfied with the quality of pages. It is really thin. But the binding is good though.
READ MORE

Great written by the author the story make you thrill as well emotional, I got it in 99 bucks. A Must readed story of all time. book as per material good pages or paking and delivery all are good.
READ MORE

This is a purchase I'll always treasure. It's a precious gift from a writer to his readers.

This book has stains of every emotion known to human race. There is a loud cry of hungry love that will haunt you throughout.

Baba comes alive when he tells Amir that the greatest and only sin is Theft. Alcohol is just about fine.

Hasan is an extraordinary and angelic imagination of a brilliant writer.

Amir jan. He is both black and white. You can argue & fight with him, relate to him,play with...
READ MORE

Best of its kind

Quite intense and heart-rending. It's so powerful that it can even make you feel like you are right there in the places described within the book. It's a must read. In the end, it will leave you with a feeling that will linger in your heart.

Hosseini is a gem.
READ MORE

Khaled Hosseini's writing style has the right quality and quantity of adhesive to hold the readers in the course of the novel...
The way he describes the characters and weaves the plot is extraordinary.
The best part about the writing style is that he doesn't describe an event directly but forces the readers to deduce it. The comparisons he give and the way he relates one part of the novel with the earlier and later parts is exceptional....
A must read and is worth the purchase.....
READ MORE

This book is a masterpiece and helps the readers to understand the psychology of Afghan people. I don't think this book can be written in any other better way. In fact this book is a mirror to humanity and looks like an autobiography of Khalid
READ MORE

Super fast Delivery .The book reched almost the next day i ordered. Also the condition is excellent. I also got a bookmark free. Too cool. Thank you Flipkart..
READ MORE

The story is about two young boys named Amir and Hassan with Amir being the narrator.It depicts the hatred,betrayal and finally the redemption of Amir to his soulmate.The book ends by giving a positive and an everlasting impression on its readers.

Regarding the quality of the book,its a first copy book that is being sent by the seller.
READ MORE

One superb plot, with graphic details of life in Kabul and struggle in Taliban era as seen by a boy and a man. A tale wonderfully woven, you wouldn't want to let go of the characters even after finishing the book. Loved the book so much that I gifted it to friends and family members after reading it. Highly recommended, for reading it over and over again.
READ MORE