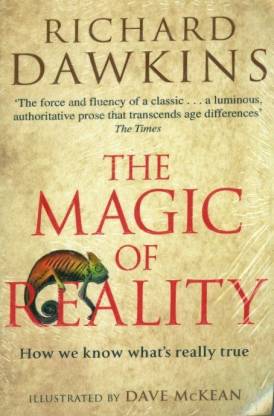 We live in a world of many myths and supposed magical events. People all over the world have invented stories to answer question based on questions about things that don’t seem real. For example: the ancient Egyptians explained that the reason ‘night’ existed was because the goddess Nut swallowed the sun. However, science has revealed the real answer to all these questions.

Magic and myth has been explained to the layman through many extraordinary tales. This book helps you find the real answer to these questions and brings you to reality. This is explained to us using the magic of reality: science. It is packed with inspirational explanations of space, time and evolution with a bit of humour. Explore a wide range of natural phenomena and learn what stuff is made of, how old the universe is, the cause of tsunamis, and whether the first creature on earth was a man or woman. The text is a valuable source of information for generations to come.

Professor Clinton Richard Dawkins is an ethologist, evolutionary biologist, and a writer. He holds the prestigious position of emeritus fellow of New College, Oxford. Dawkins was the Professor for Public Understanding of Science at the University of Oxford from the year 1995 to 2008. He rose to fame with his book The Selfish Gene in 1976. This book made the gene-centered view of evolution very popular, and was also responsible for introducing the word ‘meme’. Dawkins is an atheist, a vice president at the British Humanist Association, and is a supporter of the Brights movement. 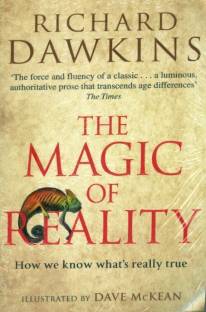 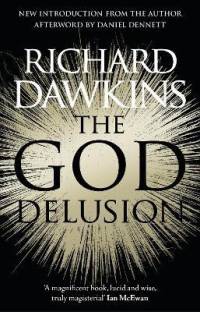 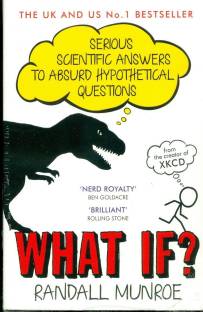 this book is a wonderful read for anyone within the age of 11 and 18.he dials down his vocabulary and everthing and the illustrations keep the interest alive. not that they are needed for keeping the interest alive it just makes the experience more enjoyable as a child goes through the war between 'what...
READ MORE

Richard Dawkins as always puts out information and philosophy in an extremely understandable way. The questions asked within the book are not only relevant to children but to adults as well.Specially those who lack a rationalist view of things and would like to have explanations that go beyond typical myths and religious dogmas.
The book is for all ages, you dont need to be a child to ask how airplanes fly, how life/humans came to be and other simple yet profoundly deep ethical questions on n...
READ MORE

Refreshing and informative But "ILLUSTRATIONS MISSING"

The book is very informative, as said in other reviews, content is more intended for children in the age group of 11-16. But other people can also find it interesting to see how myths of different old civilizations were linked to one another as well as to natural scientific occurrence.

The explanations are lucid and helps young readers to grasp the contents easily. But illustrations are absent. If you are gifting it for younger readers please get an illustrated version. This book has no sup...
READ MORE

It is a great book about differentiating myths and realities regarding the world.He starts of with a good number of myths from various sources and tells us about the truth.It is a very interesting book and an important introduction towards rational thinking.It is a must read for all,specially for the blind religious people to feel the magic and beauty of the reality.
READ MORE

A very good book on the subject.. it is for the people who would read it with out a bias in favour or against some ideologies, religion etc. It presents you with the facts and easy to understand concepts which have otherwise been highly intellectualised by the pseudo scientists and religious bigets. Though meant for the teenagers as such but i feel everyone who is willing to know the truth should go for it .
It comes with a affordable price. Thanks MR DAWKINS.
READ MORE

Read it or you will regret it

Epic work from the author. You can call this s must read. Brilliant book. Happy that I bought it.
READ MORE

Richard Dawkins truly deserves many praises for this simple yet powerful presentation of what he calls 'Magic of Reality', the real magic behind how things work. I finished the 1st chapter on the delivery date itself. The content keeps the reader glued to know more about answers to various important questions. Amazing book.
READ MORE

This book should be reached out to everyone, its so worth a read. I'd recommend every strong-headed teen to read this book instead of whatsapping and socializing on social networking. Its elicit intelligence in every form and manner.
READ MORE

DO NOT BUY PAPERBACK EDITION of this book.

The Hardcover comes with beautiful illustrations. This book is intended for high-school students (but can be read by all). Paperback has only text.

I am rating 5/5 for the book content. But NOT FOR PAPERBACK QUALITY.
READ MORE

I had purchased the paper back version of Magic of Reality. This book is the "text only" version. On the cover of the book mentions "illustrations" but the book has only text, therefore the cover is misleading.
READ MORE