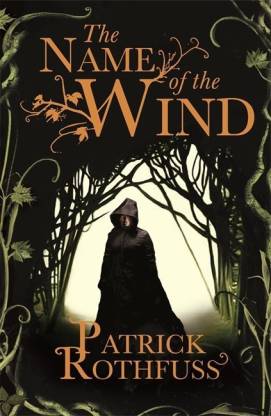 The Name of the Wind (English, Paperback, Rothfuss Patrick)

The Name of the Wind  (English, Paperback, Rothfuss Patrick)

The Name of the Wind is a fantasy novel by Patrick Rothfuss.

At first glance, no one would have assumed that the innkeeper Kote had a terrible secret. The town of Newarre is so far off that news reaches it slow, yet a mysterious man called the Chronicler arrives to the town, investigating an idea that he could find one of the most notorious figures of recent history there, hiding in plain sight. When he confronts Kote with his hunch that he is none other than Kvothe, the master swordsman, magician, musician and Kingkiller, the innkeeper originally brushes it off. Yet, Kote’s own pride forces him to reveal his past, and he begins telling the man his story. He begins with his childhood, explaining how he was influenced by a scholar named Abenthy who knew the Name of the Wind. Kvothe explains how he managed to find his way to the city of Tarbean , where he lived as a poor urchin. Later, he applied for admission at the University, and despite his lack of funds, he becomes a formidable student. Along his way, he meets a mysterious woman named Denna and falls in love with her. However, he doesn’t know that his feelings for Denna might be the cause of his own undoing.

Patrick Rothfuss is an American writer, known for The Kingkiller Chronicle. He won the 2007 Quill Award and the 2012 David Gemmell Legend Award.

Kvothe’s account of his life continues into the second day in The Wise Man’s Fear. Fans eagerly await the release of the third book, The Doors of Stone. 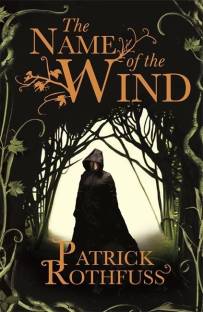 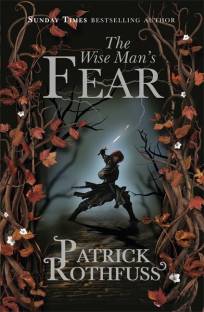 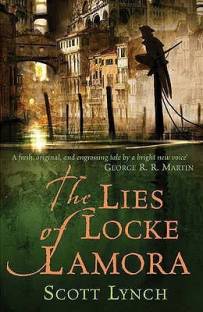 Having heard about this book everywhere i decided to give it a go. The Prologue itself blew me off.
This book reads like a thunderstorm. This first person narrative of an Anti-hero marks the beginning of a saga that has NO parallals. Beautiful prose, mixed with adequate humor and lots of action, The Name of the Wind packs a massive punch to other fantasy greats in the market.

Young Patrick Rothfuss does to fantasy what Brandon Sanderson did with Mistborn, with incredibly more panache.
READ MORE

First of all. Flipkart service was really good. Good packaging and the books were also wrapped in bubble wrap.
Secondly binding is okayish, multiple readings may affect the binding (what more can u expect from a paperback.) And the pages are not so good.
Thirdly if i talk about the books themselves. Have u ever dreamt a very good story which u lost when u woke up... This book is like that dream and was written for u to know what u dreamt.
I read these books in pdf in 2017 and i was so mesmeri...
READ MORE

This book is about storytelling.

A deeply moving art in itself, storytelling just becomes that much more fascinating and involving, the more meta you go. And this book shows you how. Patrick Rothfuss, himself a student of anthropology, sociology, medieval history, and a host of other talents, writes the ultimate fantasy: Telling your own story because it simply needs to be told.

So this book is about storytelling. It is the story of a storyteller, sorry.. 'the' storyteller, the legend, the...
READ MORE

I'm gaining a lot of good experiences with flipkart.. Their service.. It's too good. I got this book delivered in 3 days.. So fast and also book is in a very good condition.. Unharmed. So thanks for your service..
READ MORE

It's a good one I heard it's an osm book so I buy it.
It's my first book I'm ordering I usually read books on online and I like this so far at first 3 pages it was soo osm after the story was going smooth and intersting now I'm at 161page it's soo interested rn after I completed the book I will edit this, how the book was
READ MORE

I got it after 5 days, it's kinda magic fantasy story it was nicely packed and I wanna say that it have another 2 parts so also read that. THANK YOU
READ MORE

This book is fantastic written by Patrick Rothfuss.i am big fan PR .This book will take magical world like Harry potter books. Yes this series book.this is first book (The name of the wind )and second book (the men's fear) third till not coming.it will come nearly December or next year.i will recommend to buy this book.easy English and interesting characters.
READ MORE

This book is one of those book that once you start reading, you just go on reading and reading. This is my favorite book, even above Harry Potter. I've read quite a lot of books in this genre, and trust me, I haven't found a better book than this. If you want to read about a hero saving a damsel, a poor lad growing up to become a hero, magic, sword and sorcery; This book has everything!
It is even informative and knowledgeable. You'll love the quotes and the structure. Personally, I love the...
READ MORE

currently this review is only about the quality of book and package:
cover: the cover of book is beautiful and and the book title is raised but it's a bit thin compared to other paperbacks (4.5/5).
paper quality: pages of book are....u know......thin(even by the standards of paperback) and is of okayish quality(3.5/5).
binding:you will have to handle the book with a little care because it's a bit thick,but don't worry about the binding- its good,and the book opens fully, without any difficult...
READ MORE

the book is big lemme asure u. 662 pages of tiny print. but best. even though ists so big they have no drags. one of the best fantasy books u wld ever like to have. Just buy and read it.
READ MORE