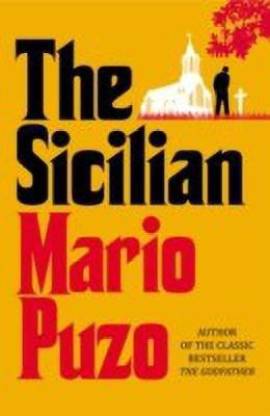 The story of the Godfather continues in Mario Puzo’s The Sicilian.

After his exile, Michael Corleone believes he can return home from Sicil. His father, Don Corleone, sends him a letter, instructing him to track down Salvatore Guiliano, a modern-day Robin Hood who has been stealing from the Cosa Nostra and proving to be a thorn in the feet of corrupt mob bosses. Guiliano carries documents which could end the careers of certain Italian government officials upon publication. Michel must find him and bring him back, but there are many lies surrounding the young bandit. Guiliano is about to face the notorious Don Croce, the Capo di Capi of the Sicilian Mafia. However, the encounter might cost him his life. Mario Puzo incorporates the true story of the Sicilian bandit, Salvatore Giuliano, into this classic novel of suspense.

Mario Puzo was an Italian American novelist. He is also remembered for The Last Don, The Godfather, Fools Die and Omertà.

The Sicilian was loosely adapted into a film directed by Michael Cimino and starring Christopher Lambert as Salvatore Guiliano.

The name of Salvatore Giuliano was changed to Salvatore Guiliano in the novel for unknown reasons by Mario Puzo. 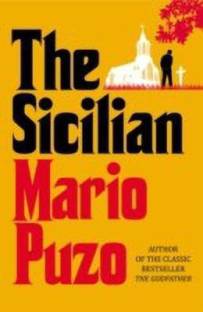 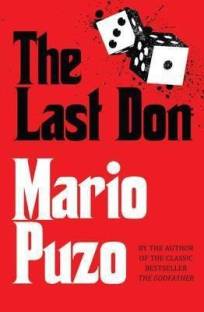 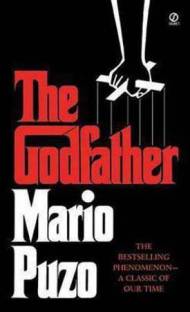 You just cant put down the novel. so entharilling.

This book made me read most of Puzo's work, and believe me The godfather is just one of the best of his works. I liked The Sicilian more than the godfather, The Sicilian made me live in the era, i was not reading it, I was living the Book. the novel is so powerful that Salvatore Giuliano is the best hero i ever came off. The ending was not what i expected but is beautifully written. The novel teaches us about Friendship,Pride,Family,Love and loyalty and all this is at stake in this wonderful ...
READ MORE

best book i ever read

the author builds gulliano's character in such an amazing way ,that everyone loves him.He is one of the best heroes I have read.This is a true masterpiece combining values, friendship,love,courage, treachery and injustice.

This novel gives a vivid discription of the sicilian landscape and culture.

This is the best work of puzo though many like The godfather.
READ MORE

Again like THE GODFATHER this novel by Mario Puzo has made me read it in a single sitting. As the story proceeds the level of interest goes on increasing. The writer has magnificently expressed the beauty of Sicily.
READ MORE

one of the great works written by a greater author. Mario Puzo needs no introduction. Here are some points which may help you prejudge this book.

1) extremely fast paced.
2) different laws and works of cosa nostra beatifully discribed.
3) inclusion of the characters like vito and michael corleone of "The Godfather" give a formidable feeling.
4) left a pain in my neck after reading it for so many hours sticks to hands like glue

1) providing cons to a puzo work will portray me...
READ MORE

Another great one by Mario Puzo... A fantastic story of friendship, love, romance, hate, companionship and betrayal...
The whole plot is set quite nicely and the way things unfold are just awesome... Great story telling with great precision being paid for building each and every character...
READ MORE

One of the best books i have read....

This is one of the best books i have read, Mario Puzo is a genius in writing about Italian mafia.His description makes you walk alongside the characters and live every moment of the book.
The book is an absolute treat and the character of Gulliano is the best hero i have ever come across.A perfect combination of every human emotion and the best of puzo's works.Give it a 100 stars and it will be less.

BEWARE OF THE PRINT QUALITY!

I got this book within 2 days ago which is a nice thing. Now I haven't started reading yet so I can't comment about the content of this book, but I have every reason to believe that the book is epic.

Now the thing about which I am disappointed. THE PRINT QUALITY SUCKS BIG TIME!. I have seen some pirated books having better print. The paper quality also sucks. Although I believe this is a problem with the publisher but I had the original Godfather which I bought from some bookstore and it had...
READ MORE

The print is readable though it is a copy. Binding is alright, cover page does the job.
Great for readers who just want to read the story. Not good for someone who loves collecting books.
Price is very reasonable (best thing about this order) considering it is a reprint.
READ MORE