The Strangers Of The Mist (English, Paperback, Sanjoy Hazarika,)

The Strangers Of The Mist  (English, Paperback, Sanjoy Hazarika,)

In Strangers Of The Mist: Tales Of War & Peace From India’s Northeast, author Sanjoy Hazarika sheds light on many issues that are currently facing the states in North Eastern India., through a collection of facts, and personal experiences.

Strangers Of The Mist: Tales Of War & Peace From India’s Northeast is Hazarika’s attempt to bring awareness to a number of sensitive issues faced by Indians living in the North Eastern parts of the country. According to the author, the people and problems of that region are often overlooked and ignored.

In this eye-opening memoir, the author presents several enlightening facts, which are virtually unknown to most citizens of this nation. For instance, Hazarika systematically presents the developments that occurred in Assam and neighbouring parts, from post Independence up to the present day. He sheds light on possible causes and factors behind ethnic clashes, separatist outbreaks, and political unrest, that is so characteristic of this region. There is also a real sense of urgency to implement “real” changes that would stop the loss of life due to drugs and violence. Hazarika also points out the issues faced with neighbouring countries such as Bhutan, Nepal, and Bangladesh. Strangers Of The Mist: Tales Of War & Peace From India’s Northeast also talks about refugees migrating from Myanmar and Bangladesh to Northeastern states like Arunachal Pradesh and Assam, which has caused tension between the many ethnicities in these states.

Apart from presenting the problem, Hazarika also presents solutions. Without excess verbiage or complexity, and all the while maintaining a neutral position, Hazarika stresses that the time to act is now. Strangers Of The Mist: Tales Of War & Peace From India’s Northeast is arguably the best book written on the issues facing North East India thus far.

Sanjoy Hazarika is an author, journalist, filmmaker, and professor, from the region of Assam.

He has also authored Bhopal: The Lessons of a Tragedy, Writing on the Wall: Reflections on the North-East and Rites Of Passage.

Hazarika was born in 1954 in Shillong. He is a Consulting Editor for the Statesman, and has previously worked for Associated Press and The New York Times, as well as a Research Professor at the Centre for Policy Research in New Delhi. He has created many documentary films on the north eastern region. Hazarika is also a former member of India’s National Security Advisory Board. 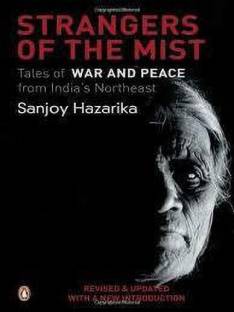 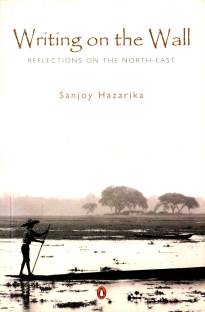 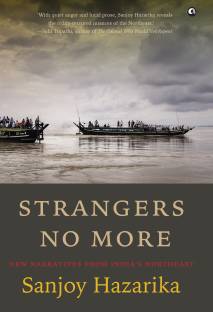 easily de best book to have been published so far on north east india in general n our turbulent society n de history behind it in particular. cant quite think of anything to criticise about it, which is highly praiseworthy. well researched, nicely written n highly readable for anyone n everyone who wants to know how we feel about ourselves n de reasons behind it.

if only our politicians n administrators would have had de heart to read this n understand n take some measures, maybe we would ...
READ MORE

It is an excellent book in every aspect. Fast paced, sticks to facts and gives a clear background before delving into complex topics. The best of the book is its structure. The author analyzes the insurgency in each state separately and links them seamlessly wherever required.
The erudition and in-depth knowledge of the author is evident throughout the book. A must read for those who want to understand the dynamics of the north-eastern states.
READ MORE

Illusion and Reality of Bharat Mata

Any body honestly interested in seeing India as a peaceful, harmonious country where our children are happy and women are secure border to border without any discrimination, should read and understand Sanjoy Hazarika's book Strangers of the Mist and its sequel Strangers No More.
READ MORE

for better understanding of North-east today, this book is vital
READ MORE