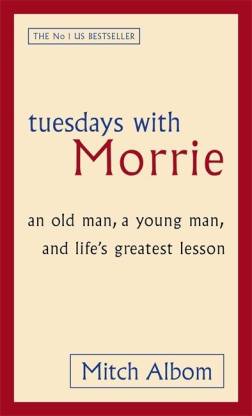 Tuesdays with Morrie: An Old Man, A Young Man, and Life’s Greatest Lesson is a memoir written by Mitch Albom, which recounts the time he spent with his 78-year-old sociology professor.

Morrie means ‘my teacher’ in Hebrew. Albom was a former student of Schwartz. He had not corresponded with his professor since attending his classes about sixteen years earlier. This book begins with a flashback to the author’s graduation and the reunion with his beloved professor. The professor does remember his student even though there was a long lapse of sixteen years. Since there was a newspaper strike in Michigan during Albom’s visit, he could only meet Schwartz on Tuesdays. The professor was a 78-year-old and was dying from Amyotrophic Lateral Sclerosis. Tuesdays with Morrie is the memoir, written based on the fourteen Tuesdays the student and the professor met each other on. The book also contains Schwartz’s lectures and life experiences, along with references to contemporary events and flashbacks. The story was recreated into a TV movie of the same name and was aired in 1999. The book had topped The New York Times list of Non-Fiction Bestsellers of 2000. Also, an audiobook, narrated by the author, was also released.

Mitch Albom was born in New Jersey, U.S. He is a famous bestselling author, dramatist, screenwriter, journalist, musician, and radio and television broadcaster. He studied at the Columbia University Graduate School of Journalism. Mitch has worked with Queens Tribune, SPORT, GEO, Sports Illustrated and The Philadelphia Inquirer. Some of his notable works are The Five People You Meet in Heaven, For One More Day, Have a Little Faith: A True Story, and The Time Keeper. 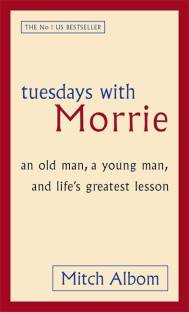 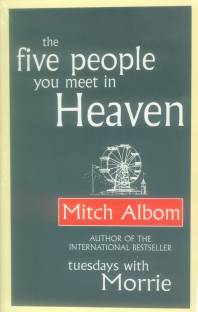 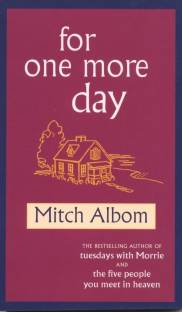 A bible to tide you over rought and stormy weather

I read this book in the year 2008. A neighbor who felt no need for it, passed it down to me. This book is a must-read and I have referred it too whoever has been going through a tough time in life. It helps you decide what you really wants and answers many questions we all tend to have, about life and living in general. Read it, it might not be as exciting and fast paced as your Fifty Shades, but speaks to your soul and touches you deep inside. It makes you cry and smile, sometimes all at the...
READ MORE

Really a great narration with past & present screenplay. Each chapter ends with a moral. Very Touching & Close to every body's life. Must buy for those who have sick patient in home.

Tuesdays with Morrie is a magical chronicle of their time together, through which Mitch shares Morrie's lasting gift with the world.

I was speechless when for the first time I went through the book. The university prof. has his own way of observing things which is so broadening and so refreshing. Now I can't remember how many times i have read this book ( not necessarily only on Tuesdays :) )but trust me I always find the same excitement, same delight. Mitch Albom has brought his loving teacher to interact with us so that we can learn the profound meaning of life and in the process Mitch himself becomes a prolific writer!
READ MORE

An amazing philosophical novel that can change a life

This philosophical novel has proved to be an amazing one. I was spellbound when I was just done reading the last page of it. This book is about a dying man named Morrie Schwartz suffering from ALS a deadly disease, imparting his realization about the meaning of life and death to his former student, the author of this book, Mitch Albom. The excellence of his thoughts made me search on internet who this Morrie Schwartz actually was and I found a series of videos on Youtube, named Morrie: Lesson...
READ MORE

A fantastic read,best part being the way it brings a smile on your face with all that nostalgia pouring in.Mitch albom aptly teaches us why journey is more important than the destination and the people that we meet in it.
READ MORE

showed me the real way

hi guys , this is one book i have read over and over again , and as far as i am considered i just cant get enough of it , its really a wonderful book , life's many important lessons come out of this book , its a must read for everyone , i recommend it to every one who is looking for the right path in his life , buy the book , and let the teachings of morrie help you hurdle the difficulties of your life ... BEST OF LUCK !!!
READ MORE

This is one of the best books I have read in recent times. I finished it within 24 hours. This book reminds us how we move forward in our life and keep forgetting the things/people from past who taught us important life lessons and who believed in us when no one else did.
Tuesdays with Morrie makes you remember the teachers/influences in your life who shaped your life and who showed you the right path.
This book is an emotional rollercoaster which keep the readers hooked. You feel all the e...
READ MORE

Teaches you a meaningful life

In this modern lifestyle of hustle and bustle, Tuesdays With Morrie teaches how to live a meaningful life. Marriage, relationships, money, children, gratitude, society, etc.
A self-help book teaching you how lead a peaceful life by devoting time for your family, community and self. The lessons are taught through the professor Morrie, who in his last days on the bed, instead of spending time only for himself, takes the effort in time for others and works with the author for his last thesis. On...
READ MORE

A small but good book about a great life lesson. This book will teach you how to live in present and enjoy every moment that you get. Written in first person format, this is an interesting story. Read it if you like philosophical ideologies but don't like being preached about them.
READ MORE

A beautiful lesson for Life

This is a beautiful book which takes us through life's journey with the story of two individuals - Mitch and his professor Morrie. The relationship between them and Morrie's preparation for his last journey in life touches the hearts of all readers. This book is a must-read and looking at the title we can make no idea absolutely about what is there in store for us in the book. To summarize, it is ideal for all people who have become really busy in life and knowingly or unknowingly may have ig...
READ MORE