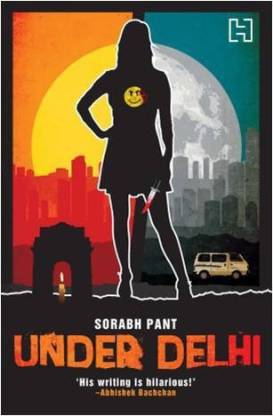 Under Delhi is an angry and humorous novel by Sorabh Pant. It is a tongue-in-cheek satire on the issues of rape and sexual assault in India.

With his hilarious flair and blatant voice, Sorabh Pant writes about a girl’s tribulations with the issues of sexual assault and rape in Delhi. As wise politicians and holymen will soon tell you, girls who are raped are merely “asking for it”. They wear skimpy clothes and eat fast food and chow mein, all of which add to their sexual vibes. Women need to take care of how they dress in public, and to do this they may need to ask a certain president’s son for fashion advice. After all, he is only too willing to offer it for free despite his busy schedule. And, of course, there is always the failsafe. Call your would-be rapist “bhaiya” and he will be filled with brotherly remorse, letting you go free. These are all that any woman in Delhi needs to do to avoid being raped. Or, they could just ignore the words of these wise men and kick men right in the family jewels. Angry with the issues of rape, Tanya Bisht decides to do just that, over and under Delhi.

Sorabh Pant is an Indian stand-up comedian and writer best recognized for his hilarious shows all over India. He is best associated with his comedy specials: Pant on Fire and Traveling Pants as well as for founding The East India Co.medy, a comedy company which recruited some of India’s best known stand-up comedians.

Pant has also written a fictitious and comic novel on life after death in his debut: The Wednesday Soul. 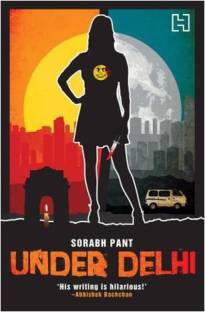 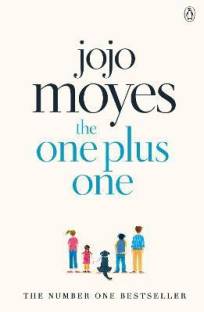 I am a great fan of Sorabh Pant's and I love that his writing is so great. This is a very good book with a fabulous story that is relevant to our times. It deals with a serious issue in a mature and sometimes funny way without getting dull or morbid.

Fantastic read and a must buy!
READ MORE

Just amazing stuff! It's probably the best book I have read in a while. Totally a new concept. And I love it!
READ MORE

The narrator and protagonist of Under Delhi, Tanya Bisht, is a vigilante. Traumatised by an incident in her past, she vows to eradicate perpetrators of crime against women, or rather, make them pay. And like Batman, Tanya would never kill.

Outwardly, Tanya is a typical Delhi girl. Come night, however, and she transforms into a destructor of evil, roaming the city in search for those perpetrators who, due to loopholes in the legal system, slipped through the cracks. She catches them, beats t...
READ MORE

Sorabh Pant is Indias leading standup comedian and his book Under Delhi is replete with humor albeit of the dark kind. Purely adult comedy which hits you at the right places. It talks about the 'R' word, in Delhi, in a thrilling account of a young womans life.
It is interesting how the author describes gory crime against women intertwined with humor. The protagonist, a vigilante has a life that is troubled, lonely, and centres around punishing men let off by the arm of law. Add to that a perv...
READ MORE

Witty one-liners with a routine premise

It is always interesting to see popular bloggers and standup comedians become authors. One, it shows if a good blogger than hold a reader's attention through an entire book as opposed to a blog post. Two, it shows if the standup comedian can work his way around a book the way he does with a show of his own. Sorabh Pant mainly succeeds in the second category by ensuring that is a enough hilarity in his narrative of a very average premise.

With some good writing and a generous seasoning of so...
READ MORE

I personally love Sorabh's all Stand Up comedies that's why I bought this book at the first place. I read this book in a long boring train journey and this book helped me in making by trip super cool. It's damn funny and worth reading it.
Finally the packing and delivery by Flipkart deserves 5 star. Cheers!!
READ MORE

this book is for the ones who dont want to enjoy the story but want to laugh at silly comments or statements usually said by the delhites...
honestly speaking after watching Sorabh's shows i was very impressed by his witty humour, but he sucks at writing...
READ MORE

It was amazing... it's a must read book :) Loved it simply
READ MORE

0
0
Permalink
Report Abuse
+
All 14 reviews
Have doubts regarding this product?
Safe and Secure Payments.Easy returns.100% Authentic products.
You might be interested in