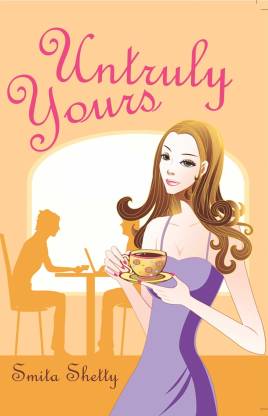 Untruly Yours is the debut novel written by Smita Shetty. It depicts the story of Natasha, who is compelled to make a choice between friendship, love, marriage, and parenthood.

Natasha Iyer seems to have it all – the life of a rich NRI, wife of a well-known psychologist, and a mother to a naughty 11-year-old. But it is different behind the closed doors. Her husband, Rakesh, is so professionally consumed that she longs for romance and passion outside of her marriage. An unanticipated call from India takes Natasha on a journey of self-discovery, with her irresistibly handsome colleague, Steve. And an encounter with Veer, a man from her past, makes her rollercoaster ride of emotions all the more fierce. Her belief in the idea of a one-man-woman status of several years is shaken by the unexpected surge of attention she gets from Steve and Veer. As she makes her way through subtle flirtation, wooing and seduction, her life seems to spiral out of control. Will Natasha choose wisely between love, marriage, and parenthood?

Smita Shetty was born in Mumbai. She currently lives in the United Kingdom. She involves herself in community work and offers creative support to Gujarat Hindu Society, and has also taken up several design projects for a County Council’s employee network group. 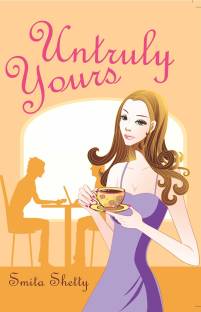 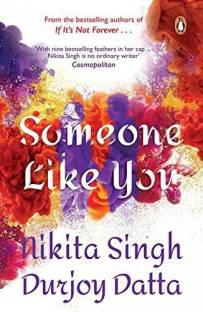 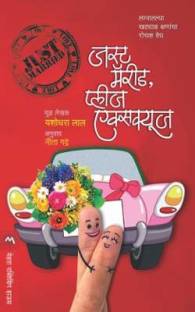 “Untruly Yours” is Smita Shetty’s debut novel. As a first time author she has done an excellent job (regarding her writing skill).

The book has only 146 pages and I think it’s too quick and short for the “proper execution of the story” and eventually the story seems half-baked. Characters are identifiable but I found something missing in the definition and presentation of every character except Maya.
All the emotional encounters with Veer and Steve seemed abrupt and so was the ending.

For a new author, the advantage is that the reader has very little expectations (except those set by friends or book reviews). I began with a blank slate and found the reading experience rewarding. Right from the beginning, the book was easy to read and made for some simple light reading.

The story had real life characters - one can identify and even feel for them. The mother-in-law described as 'Godzilla of Godzillas' and the intro of the 2 interesting colleagues at work was believable. Wh...
READ MORE

An easy read with a lot of interwoven intircacies of modern life and traditions that exist in India.

A lighthearted start to a very thought provoking and laugh a minute novel. The main character seems to have the best of both worlds with the rich traditions of Indian culture as well as a modern approach to living and working in America.
Natasha takes the reader through her journey of growth as an adult who yearns for what she feels she has lost. Her husband seems to be lost in a world of his own and may have taken Natasha for granted, not realising the independant woman she really is. Yet t...
READ MORE

This book was a recommendation from a friend. For a debut novel, I am impressed with the writer’s effortless style of story-telling. It’s an easy read with many laugh out loud moments. If you want a book which you can't put down I strongly recommend this one!
A brilliant feel good book and definitely well worth a read!
READ MORE

Insightful, uplifting and a brilliant book!!!

I bought this book on a whim and also because I absolutely loved the unusual cover. I am so glad I did. It is laugh-out loud book with well etched and identifiable characters. It’s a fabulous holiday/travel read.
The book centres around an instantly likeable klutzy Natasha and follows her comical journey into self-discovery. The book doesn’t disappoint you and if I were to pick a flaw, then I would definitely say it’s been priced very low.
For a debut book it makes a great uplifting and hone...
READ MORE