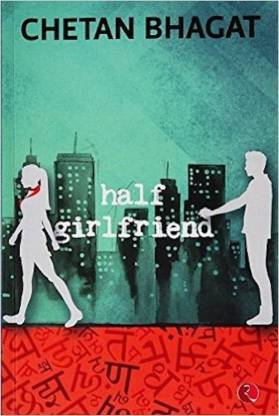 The story of this novel is set in locations such as rural Bihar, New Delhi, Patna, and New York. This is the story of a boy from Bihar who is on a quest to win over the girl he loves. In this book, Chetan Bhagat dives into the sentiments experienced by a backward rural boy who enrols himself at the prestigious English-medium St. Stephen’s College, New Delhi. He then falls in love with a classy English-speaking rich girl from Delhi. He has a major linguistic set back as he doesn't speak English well. The girl does not give in to his attempts but instead agrees to be his "half girlfriend”. 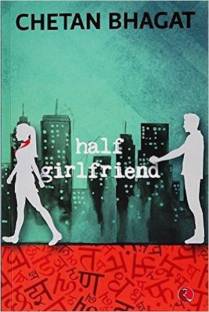 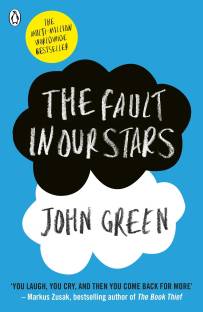 What an amazing Love story. It's really nice to read many times.It totally proves that Love never dies.
READ MORE

Typically for Fans and Bollywood Movies.

# Chetan Bhagat's Novel..You wait, wait and wait.And what you get is a typical Bollywood type story.

# I am not here describe the summary because I think you all must go through it.

# The expections for Bhagat's piece is something like Revolution2020.But what HALF GF gives you is a pure Delhi+Bihari story.

# Bhagat always say there is no hero in his story, his story is itself the hero. Yes it might be true in case of Revolution 2020, Five point Someone. But here he has a Bollywood masala ...
READ MORE

I finished off with Half Girlfriend of Chetan Bhagat's series...a simple story yet it keeps you glued till the end and the character of Madhav, Riya keeps you on tips as to what holds next... Though Madhav is bit more obsessed with kissing and I believe it is the men who thinks of it more though they don't express so freely as Madhav did at every encounter with Riya and it's natural on part of Riya not to accept his encounters as girls believe and expect more care and praise than just kisses ...
READ MORE

I received this book as I was told on the release day itself and I am glad. Thanks Flipkart! Keep up the great work!! Well a new Chetan Bhagat Novel in this festival season and on the eve of Man Booker Prize Cermony It's Irony. Wow it's like A new Twilight before the Oscars. Coming to the book, well it's your typical Chetan Bhagat novel with all the drama in the campus (Mr. Bhagat had shifted from his focus to the St.Stephen's in the case unlke his usual IITs) , childish love, and cardboard c...
READ MORE

It's a very feel good emotional love story between Madhav and Riya .
With lot of curiosity I completed reading the novel in one day .
Thanks to Chetan Bhagat for this beautiful novel.
READ MORE

Half Girlfriend - Another Bollywood Movie Script

CB's novels are like Khan movies or Vijay movies. No one likes it, but everyone sees it. Likewise I don't like his writing, but given the publicity and marketing I end up buying it or pre ordering it and reading it in a week after its release.

Half Girlfriend, CB's latest novel or that's what he says is actually another Bollywood movie script.

CB's interesting novels till date is Five Point Someone, it was really funny. And, One Night at the Call C...
READ MORE

good book..i think the story in the book is better than the movie.. just only minor changes in story but i somehow liked those tiny bits in the book...
READ MORE

I enjoyed thoroughly while reading and the best thing is that I got this book at a very reasonable rate on flipkart.. Chetan Bhagat rocks and flipkart too..
READ MORE

true love story that will never&ever give up

i have read this book recently..it almost made me cry..particularly i love that character #riya
she was pretty..if we have strong desire in spite of many difficulties surely we will get success in what ever we want either it is love or something else..chetan bhagat had written in simplified language one can understand it easily..flipkart has done good job
READ MORE

Too lame to the start & too filmy to the end!!

One up on a time, Their was a decent writer, Chetan Bhagat, who was self-proclaimed Indian writer who know the Pulse. We also loved his books. But then, content and logic in his books started degrading just like the digits in his book titles, and with this new book it has come down to "HALF". The 260 pages which are more of a screenplay of a Bollywood movie, hardly engage you in reading. A loser protagonist and a high class female character. The love story between them is being projected as ...
READ MORE