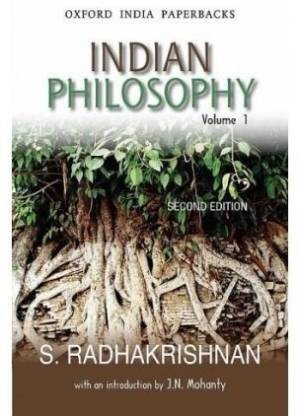 Indian Philosophy (Volume 1) is the first of the two brilliant volumes on Indian philosophy during the Epic and Vedic periods.

Indian Philosophy (Volume 1) is a part of the classic two-volume set that surveys the philosophical landscape in India during the Epic and Vedic periods. It covers the Indian schools of thought from the days of the Rig Veda to Ramanuja. This comprehensive survey turns back the clock to search for pearls of wisdom hidden in ancient Indian philosophical texts in a hope to find answers to the burning issues of our time.

Back in the day, the Indian philosophers and thinkers asked a number of illuminating questions, one of the most important of them pertaining to the utpatti (origin) and jnapti (apprehension) of pramanya (truth). At the heart of almost all Indian philosophies lay the three cornerstone concepts of atman (self or soul), karma (work), and moksha (liberation). The incredible depth of these philosophies is captured in Indian Philosophy (Volume 1).

The first volume elaborates on the myriad features that characterize Indian philosophy. The introduction to this new edition is written by the eminent philosopher J. N. Mohanty, who is an emeritus philosophy professor at Temple University. Both volumes 1 and 2 will appeal greatly to scholars, students of Indian philosophy, religious studies, and history, and general readers with a penchant for surveying philosophical thought.

Indian Philosophy (Volume 1) was received with great adulation and cheer. It was appreciated for its elaborate treatment of Indian philosophy. The book can be read by anyone from an undergraduate student studying philosophy to a scholar already well-versed in this field.

Sarvepalli Radhakrishnan was a philosopher, and the Vice President and President of India.

Radhakrishnan was born in a village to the north-west of Chennai. After graduating from Madras Christian College with a Master’s in Philosophy, he joined the Department of Philosophy at Madras Presidency College and later as the Professor of Philosophy at Maharaja’s College, Mysore. He had published his articles in reputed journals like Journal of Philosophy, The Quest, and the International Journal of Ethics and written a book on philosophy. He represented India at the International Congress of Philosophy, Harvard University in 1926 and at UNESCO after India achieved independence from Britain. He was even elected to the Constituent Assembly. In 1952, he was elected as India’s first Vice President, and in 1962 as the second President of India. Teachers Day is celebrated in his name. He is the recipient of the Order of Merit, the Bharat Ratna, the Templeton Prize, and the Peace Prize of the German Book Trade. 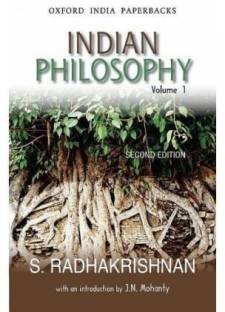 ITS AN EXCELLENT BOOK HAVING 600 PAGES. I MUST CONFESS THE ENGLISH IS HARD. IT HAS COVERED VERY WELL THE DEVELOPMENT OF INDIAN SPIRITUAL AND PHILOSOPHICAL THOUGHTS STARTING FROM THE ARYANS AND RIG VEDA TO JAINISM AND BUDDHISM. THERE ARE LOT OF CONCEPTS AND ONLY IF YOU HAVE SOME PREVIOUS IDEAS ABOUT IT THEN ONLY YOU CAN GRASP IT FULY. I HAVE COMPLETED ONE READING BUT I FEEL I HAVE TO GIVE ANOTHER READING TO FULLY UNDERSTAND IT. NEVERTHELESS ITS AN EXCELLENT AND ALL ENCOMPASSING BOOK.
READ MORE

Book begins with introduction to history of Vedas. First few chapters leads to boredom. But as you progress from Fourth chapter it raises your eyebrows from sleep. and takes your ride to eternal and ultimate consciousness of our ancestors which I am loving the most.
READ MORE

One of the Best Books for an Introduction to the Indian Philosophy.

This is a very good and concise book for those interested in Indian Philosophy, but don't know where to start. Of the many books I have tried, this is one of the best ones for a glimpse of the Indian Philosophy. Those interested in philosophy should indeed read this book. the writing is as vivid and powerful as it gets. A philosophy lover will find this volume as well as the next volume simply unputdownable.
READ MORE

This book is extremely long. It is meant for those who are doing Ph.d. in philosophy. This book is not meant for ordinary readers. It has so many contradictory and technical words. It has so many opinions. It is a definitely a NO NO for those who want to read it light. The book contains so many opinions and theories. The words used are extremely technical for a comman reader to understand.

The book is those for who are pursuing career in philosophy. It is exactly a text book material.
READ MORE

It is a good product & vary good book also for all UG & upper students.👌
READ MORE

Would have been better if the author had stuck to facts than speculating on scriptures without basis. For eg. He says much of manu smriti is defective . He does such speculation in many places.
This is the classic fallacy of not learning and understanding the Vedas, angas and upangas under a guru but just commenting based on self learning and western research. While one can get a good idea on philiospical chapters, many unwanted speculations made by author makes this book more a authors self...
READ MORE

A book everyone must read!
READ MORE