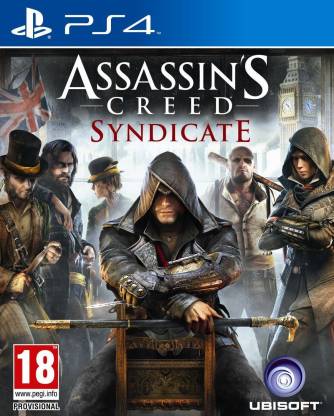 Set in London in the year 1868, a PS4 game, Assassin's Creed: Syndicate will land you amidst a brutal fight for justice. Play the gangster assassin Jacob Frye who is fighting to take back the prosperous city built on the backs of the oppressed working class. Jacob, his twin sister Evie and their gang will challenge the elite and defeat rival gangs to liberate the oppressed masses.

This is a single-player, action-adventure game that features fast-paced and brutal action.

As Jacob Frye, take down your enemies with lightning-fast multi-kills and countermoves. Play as Jacob’s twin sister Evie and beat your enemies with the silent, swift strikes. Scale buildings in seconds with the rope launcher and utilize deadly weapons like kukri knife, brass knuckles, and sword cane to take down those who stand in your way.

This game is a collaborative effort by Ubisoft Quebec, Ubisoft Annecy, Bucharest, Kiev, Montreal, Montpellier, Shanghai, Singapore, Sofia, and Toronto studios. This game is meant for your PS4 console. 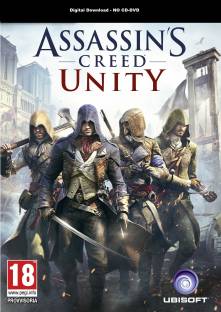 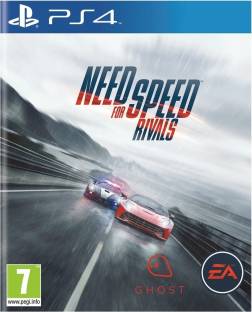 I had ordered this game with one day delivery. Even though my city was facing incessant rains, these guys delivered it, just before 9PM. Packaging was good, and the game works just fine.

As for the game, it is wonderful, probably the next best game to GTA V. Haven't played much of it, but the graphics, the storyline, and the intuitive controls, all make for a wonderful gameplay experience.
READ MORE

So I just finished playing the game today and I must admit Ubisoft did a darn good job polishing this game if compared to unity. I loved the story arc it kept me hooked straight for 3 days until I finished the game. I'm a hardcore Assassin's Creed fan and I've been following the series from the very beginning so keep in mind that the review can be a bit biased.

Some points to consider

As usual ..the delivery was extremely fast..the game was delivered within two working days..and luckily I've got the limited edition of this product..with some extra add-ons... MUST BUY FOR AN ASSASSIN CREED FAN!!
READ MORE

Amazing game. i have already played it in PC but graphics in PS4 are top notch.

must buy for all AC series lovers.
READ MORE

I laud the guys behind all of the deliveries which Flipkart has ever done for me, as a regular customer, they never disappoint me and this was yet another success and these are the first few PS4 games ordered by me, so I appreciate Flipkart a lot, Thank you guys, again!!!!
READ MORE

Game was in good condition and without a single scratch. But first language on cover and manual is Arabic rather than English though the gameplay is in English. Guessing the game is rather arab country version. Just for language matter the game rated it 3 stars else everything is authentic and clean. Not a defective product.
READ MORE 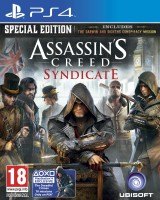 This is a single-player, action-adventure game that features fast-paced, brutal action.

As Jacob Frye, take down your enemies with lightning-fast multi-kills and countermoves. Play as Jacob's twin sister Evie and beat your enemies with silent, swift strikes. Scale buildings in seconds with the rope launcher and utilize deadly weapons like kukri knife, brass knuckles, and sword cane to take down those who stand in your way.