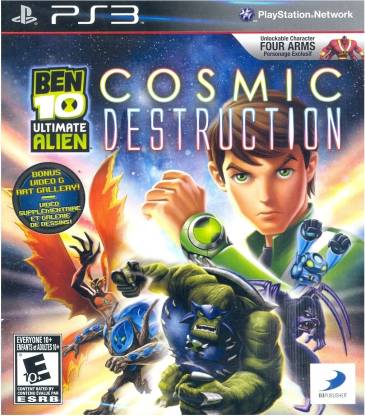 Travel around the world and try to save mankind from a deadly cosmic storm in BEN 10: Ultimate Alien Cosmic Destruction. The video game allows you to assume the role of Ben Tennyson and change into an array of different alien forms.

This single-player game is targeted towards younger audiences who love the character Ben 10. It's an action-adventure game that takes you on a mysterious journey, allowing you to explore the true powers of Ben.

Jump straight into the action as Ben Tennyson, to travel to beautiful locations around the world such as Rome, Tokyo, Paris and China to stop a global threat in BEN 10: Ultimate Alien Cosmic Destruction. With the ultimate forms feature, turn into anything from a Spidermonkey to a Humungousaur and threaten your foes into submission. You can upgrade your various alien forms by collecting points.

Developed by Papaya Studio and published by D3 Publisher, this game of Ben 10 is meant for your PS2 consoles.

The game has a PEGI 12 rating. 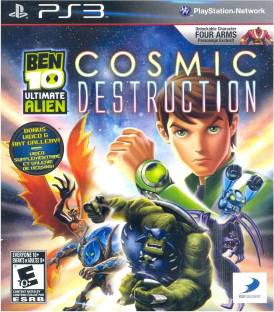 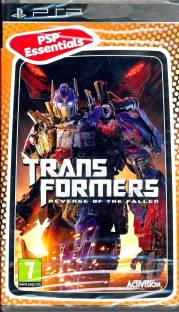 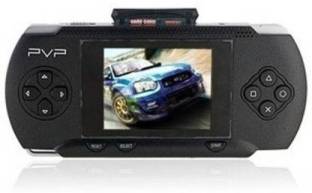 Awesome game , super cool. Though a little short this game gives a lot of fun. But I could not become the ultimate forms.And Rath and FourArms cannot be unlocked. This game contains villians such as Zombozo, Seven-Seven, Krab, Captain Nemesis aka Overlord, Psyphon and even the long lost Enoch.Azmuth also appears and you have too fight an evil WayBig in the end, but the evil Waybig is not Azmuth like it is shown in Destroy all Aliens.

The graphics are ggod too just like the show in the pict...
READ MORE

the best game ever . it is a violence type game . the missions are very tough .i have just passed the first mission catacomb yesterday . in which we one time became ultimate humangasour in front of volcanus. we have to defeat volcanous and enoch. in the second mission we became ultimate swampfire . im still on the second mission .nom i am thinking , how though the third mission would be .finding ways is tougher then defeatind enymies .
READ MORE

if you are a fan of Ben 10 like me then this is the correct game for you. you its graphics are actually better in a Nintendo.do not get confused that with some views by others . first see the support of others on their reviews .but it is a good game overall.
READ MORE

his game is quite good though it is a short game with only 8 levels...but long levels counter balances a little...graphics are very good and quick switch allows you to transform into aliens very quickly...you can only transform into the ultimate form at a certain point in a level and that too you cannot choose which alien u want the ultimate version of...overall it is excellent and giving it 5 stars
READ MORE

this game is quite good though it is a short game with only 8 levels...but long levels counter balances a little...graphics are very good and quick switch allows you to transform into aliens very quickly...you can only transform into the ultimate form at a certain point in a level and that too you cannot choose which alien u want the ultimate version of...overall it is excellent and giving it 5 stars..
READ MORE

well done nintendo for making such a good game.i did not like its ultimate as it only uses special power of the alien not transform into ultimate and hopeless work from flipkart it took 15 days to deliver it and levels are okay good for graphicsetc etc.................
READ MORE

its a awesome game
READ MORE

BEN-10 ULTIMATE ALIEN is a superb game for kids. This game i only a bit short with 8 levels,but each and every level is hard. We have to put our brains to solve this game. I finished the game in just 4 days bcuz i didn't find it much hard. In this game we cannot become ultimate alien by ourselves. They themselves make us ultimate alien. And we don't have access to 2 aliens they show in the pics. One is wrath and the other alien is fourarms. Almost all the villains in BEN-10,BEN-10 ALIEN FORCE...
READ MORE

I needed the CD & got it delivered at home. That's the convenience. the CD was genuine & delivered safely.
The only issue I had is with courier service & it was not as flipkart claims. They are very prompt on sending the SMS that it has been send u will receive it by evening but never relay on them.
READ MORE

2
0
Permalink
Report Abuse
+
All 48 reviews
Questions and Answers
Q:Can we play it in computers
A:Nope. This version is for Sony Playstation 3
Santosh Kumar
Certified Buyer
13
7
Report Abuse
Read other answers
Q:is this game is in cd
A:yes
Anonymous
Certified Buyer
28
2
Report Abuse
Didn't get the right answer you were looking for
Safe and Secure Payments.Easy returns.100% Authentic products.
You might be interested in