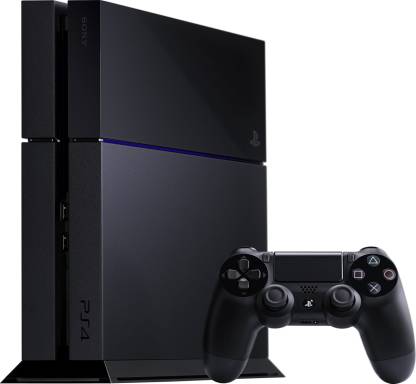 Sony is well known for their highly successful gaming consoles, like the PlayStation 1, 2 and 3. Each console has been a definitive leap forward in terms of gaming technology and graphics. The PlayStation 3 or the PS3 as it is more commonly known has been more successful than its predecessors thanks to the wide range of games available for it. The upcoming PS4 release is perhaps the most anticipated of all releases a gaming console has ever had.

You have the choice of USB 3.0 connections for controllers and accessories or you can go in for the HDMI connection that is necessary to connect the functional console to the display output, like an HD enabled Television. The PlayStation 4 is well on the way to becoming one of the most popular new releases in terms of gaming equipment and peripherals.

You can easily Buy the PS4 online after its release later this year. Connecting to the internet is simple enough, with an Ethernet port allowing seamless internet connectivity. You also get a Bluetooth Connection which will help in pairing compatible accessories with it. The console also supports Wireless Connectivity for easy access.

The PlayStation IV comes with a hefty 500 GB Internal Hard Drive. This massive Drive is more than sufficient for storing all your online games and offline game saves. The more space available to the user, the more game saves and online copies can be stored in it.

The PS4 is slated to come with a powerful and efficient Single Chip Custom Processor, mainly the Low Power x86 – 64 AMD Jaguar. You also have an 8 Core CPU. The GPU comes with a 1.84 TFlops clock speed. That is one of the fastest GPUs available for consoles thus far. The Next Generation Radeon Based Graphics Engine will help in rendering the newer games in far greater detail and clarity. You also get a GDDR5 8 GB Memory which will help in improving memory based functions like quick interface options and processing supported by RAM and a host of other features.

Arrived prompt and in impeccable condition. Great job Flipkart & WSRETAIL
I have always felt comfortable shopping on Flipkart, and will continue to do so.I was able to get the PS4 launch edition during a 90 minute window or so the night before its release(5th Jan 2014 Midnight- 2AM). I felt super lucky, the shipping was quick, and overall I was excited.
FYI : PS4 box was rapped up twice with bubble wrap, a nice bubble wrap cushion on the bottom and air pillows on top!Owsum Job WSRETAIL... Sys...
READ MORE

ok so this is not a review but anyways hear me out. i found out the PS3 retail price in india is cheaper then retail price in USA. so i do not for a second believe the import tax BS argument. if there is a TAX of 36% on PS4 which results in Rs 39,990. wouldn't there be a similar tax on ps3?. how is it cheaper in india? this fact really left me wondering whats going on i personally think that the 15k premium is to there out max margins.also no competition right now with no xbox one till late...
READ MORE

First of all, cheers to Flipkart. My PS4 was packed very well with proper "airbags" around it's actual box. Then there was 2 layers of heavy duty cardboard. They really take care of your products (Well, it is 40K).
Before I go on, I had the PS2, PSP, PS3 and now this. So I'm kind of a Sony fanboy. Coming to the product now-
1.) All of the necessary items are included; critically the HDMI cable and the mono earphone, which is extremely useful for basic party chat ("All Audio" setting not recom...
READ MORE

Great Must Buy for Gamers

Great Product Great Price . Although was not happy with delivery. I had to call to the courier service twice or thrice. But damn happy with the product.
READ MORE

I suggest you go check out the PS4 in a video on youtube, or at a friend's place who owns it or even at a store which has it on display.

I've bought this on the first day, and I'm blown away by it. I'm playing Assassin's Creed IV and the graphics are awesome with an absolutely engaging gameplay. This is the future of gaming.

If you're a Playstation gamer, you'll buy it sooner or later. If you think the price is too high and are waiting for a price-drop, ...
READ MORE

Sony PlayStation 4 or PS4 is till now one of the best gaming console made by Sony. I had some great gaming experiences with this Gaming Beast PS4. The urge of gaming has forced me to buy a PS4 and hands down I am quite happy with this product.

Thinking about the games available for PS4 like COD Black Ops 3 and PS exclusive God of War was the only reason for me to buy a PS4. Now coming to Pros and Cons of PS4:

Pros:
It is one of the most powerful console which supports full 1080p gaming enjo...
READ MORE

So I just got my PS4 delivered ... no Issues what so ever .. excellent packaging from flipkart ... many people say the price is high n all that .. so let me make one thing clear... don't blame sony blame our Government ...! it's all because of the import taxes n duty fee etc.. but be thankful ... in countries like Brazil the PS4 is one lakh.. don't believe me ? check it out for yourself ... this product is gonna be there for al least 6 years .. minimum .. so consider this as an Investment whe...
READ MORE

ps4 is the worlds best console. I like the design of the console and the features. But the games of ps4 is cheaper than the xbox one. The graphics in this console are very high
READ MORE

Amazing product. A gamer should go for PS4 which have a amazing gaming experience.
Brought it for an amazing price in Flipkart sale with next day delivery.
READ MORE

Brilliant product from Sony. And those who talking about PC master race I have a question. Is your 33k's PC can run Witcher 3 on high settings at 1080p? LOL...!!!!

P.S. I also have a gaming PC worth 1.2L and I've became tired of upgrading it. So as per my point PS4 is way better value for money product than a PC. In 33k you got much better things. Definitely a Blue Ray player. A complete package. Game titles are very sound.
READ MORE

A single-chip custom processor ensures that your games run without a glitch while the 8 core Jaguar low power x86-64 AMD CPU allows for a smooth flow. An 8GB Graphics Card allows for an incredible gaming experience, supporting the most superior games. A 1.84 TFLOPS, AMD next-generation Radeon™ based graphics engine further enhances the experience.

The all-new DUALSHOCK 4 wireless controller brings inspired play to your hands. Featuring a host of brand new design changes like the SHARE button to show off your greatest gaming moments, a new touch pad, a speaker as well as a 3.5 mm audio jack built into the controller itself and a colored light bar, while still retaining the trademark layout of the Dualshock 3 we have all come to recognize and love, this is some of Sony's best work yet. Easy drags, drops and flicks are facilitated by the 2 Point Touch Pad.

Installing games becomes effortless with the PS4's ability to store up to 500 GB of data.

Updates to the PlayStation 4 are downloaded and stored in the background, facilitating ease of use.

Revolutionizing the gaming experience is the PlayAsYouDownload feature that allows you to play a game just as it starts downloading to your system.

A personalized experience is brought on by the PS4 as it understands how one plays and adjusts the content accordingly.

Opening the gaming world up for you is the Play Used Games feature, thanks to which you can sell a game you own, lend it to a friend or keep it for yourself.

The PS4 Software Update 2.0 lets you connect with your friends, see what they're doing, remote play, share play, set various themes and do lots more.

The PS4 has the ability to read DVDs at the rate of 8 CAV and Blu-Ray Discs at 6 CAV, making gaming a crystal-clear, high-definition experience.

Connect your PS4 to your TV or monitors and experience gaming that comes to life with the console's connectors. Two Super-Speed USB ports, an AUX port, a HDMI out port and a Digital Output port that would leave any gamer satisfied.

Multi-player and online gaming is facilitated by the PS4's Ethernet (10BASE-T, 100BASE-TX, 1000BASE-T), IEEE 802.11 b/g/n and Bluetooth 2.1 (EDR). One can even use the PlayStation Vita to continue a PS4 game - this is done by connecting through a location's Wi-Fi networks with Remote Play.

Gaming on the PS4 is made easier with the console's smart software.

PC Physical Games
Min. 30% Off
Shop Now
Back to top