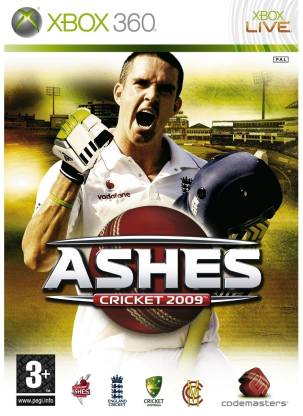 Here’s your chance to take a whole new look at the most popular sport in India - Cricket. We have all been inspired by the many players who take part in the sport cricket. There exist many tournaments that happen from time-to-time which turn out to be an organized battle of wits and athleticism between nations for the pride and glory of one’s respective country. However, one of the most exciting tournaments is undoubtedly the Ashes, a cricket competition between Australia and England that happens every two years.

A single-player/multiplayer Xbox 360 sports game that's rated 3 by PEGI, Ashes : Cricket 2009 hosts all the infamous cricket stars of the nations Australia and England. Apart from the five test matches that are ritualistically played out between the aforementioned nations’ teams and accurately rendered with a detailed recreation of the authentic venues in this game, Ashes : Cricket 2009 also allows you to play Test matches, One Day Internationals (ODIs) and 20 Overs matches (one of the more recent advents in the world of cricket). You can choose between 12 competing nations when you take part in all the modes except the Ashes five match tournaments.

The Test matches challenge your patience, endurance and consistent awareness. The ODIs require you to be diligent yet still powerful enough to score big and get wickets quicker. The 20 Over games need you to be hard-hitting and holding a high acuity to accomplish things fast. The attention given to the finesse of the graphics of this game is simply beautiful and the portrayal of the players from around the globe is magnificent as well. So, what are you waiting for? Get padded up and ready to contest against some of the greatest names you have known in cricket history. 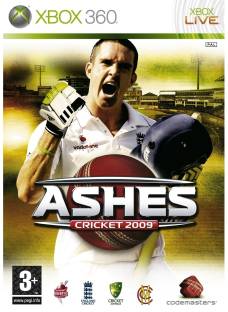 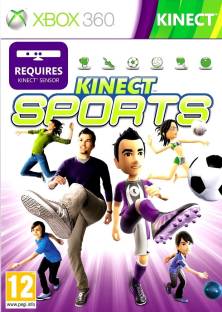 Great product for good price. Both my kids love this game and very happy with Flipkart. Delivery and price.
READ MORE

Best game available in the market yet its not that good. Graphics are OK. They dont have licenses from all the countries, just from two countries, so all the names of the players are messed up. lineup of players is also very bad. like u dont have Tendulkar in top 11. BUt u can change the names and lineup anytime.
No players on Xbox live and single player is not that interesting.
Go for it only if u are a true Cricket fan
READ MORE

I really like the package quality and faster delivery.
If you're a cricket lover you'll definitely love this game! Cheers!!
READ MORE

Very interesting and involving game of cricket. I think the best in class for the Xbox 360 family till today. Realistic effects, different game modes and totally customizable games are the hallmark of the game. Ability to save the games is a plus, when playing test matches or one internationals for 50 overs or so.
READ MORE

Great title - Would be even better with a bat & ball attachment

Cracking game and the only option for Cricket on the Wii . True cricket experience that would be enhanced with a Cricket bat attachment for the Wii remote and a ball attachment. These accssories have been available in other regions including Australia developed by a company called Futuretronics. check it out.... Swing a bat and bowling a ball is alot of fun, just don't let it go.................
READ MORE

It's not working. It's a hoax
READ MORE

This game works only on PAL xbox 360....so buyers should be careful at the time of purchasing the product by keeping in mind the xbox video encoding
READ MORE

I got used one. My new Xbox unable to read this game due to over cracked. I am cheated by FK
READ MORE

1
0
Permalink
Report Abuse
+
All 35 reviews
Questions and Answers
Q:can we play this in x box one kinect
A:no
Jeet
Certified Buyer
2
0
Report Abuse
Didn't get the right answer you were looking for
Safe and Secure Payments.Easy returns.100% Authentic products.
You might be interested in