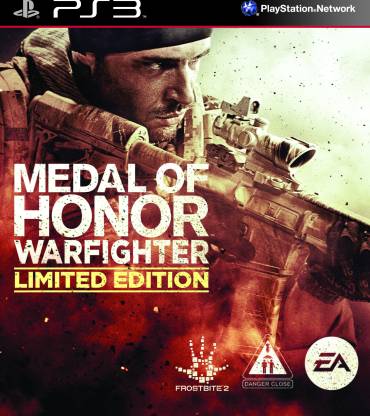 Medal of Honor Warfighter introduces you to Preacher, a U.S. Tier 1 Operator who has returned home after years of deployment overseas. Preacher thinks everything will be fine as soon as he reaches home, but it is not so. Finding his entire family in disarray, Preacher vows he’ll do anything to make things right again. Only this time, things are not in his favour. With an attack imminent on his home soil, Preacher must rise up to his responsibility and be a soldier again to defend his country. Medal of Honor Warfighter is a story about U.S. Tier 1 Operators who risk their lives every day, trying to make the world a better place.

Written by actual Tier 1 Operators while deployed overseas, Medal of Honor Warfighter tells the story about Tier 1 Operators who are experts at what they do. Working directly under the National Command Authority, Tier 1 Operators have just one objective: complete the mission at any cost. Failure is not an option as lives are at stake. In Medal of Honor Warfighter, you, playing as Preacher, will try to locate the people behind a deadly explosive attack. Tag along with your team and complete your assignment because if you fail, all hell will break loose.

Developed by Danger Close Games and published by Electronic Arts, Medal of Honor Warfighter will give you a pure adrenaline rush with every level you complete in the game. The single player missions will take you across the world as you will be fighting enemies in Philippines, Somalia and many other locations. 2 playable characters are featured in the game. These include Stump: a U.S. Marine-turned U.S. Navy SEAL operative and Preacher. Each mission you play will put in intense situations around the world where even a split-second delay in thinking can destroy your chances of winning.

The heart of Medal of Honor Warfighter lies in its multiplayer component as you can select from 12 different Tier-1 Special Forces units. Teams from 10 different countries are featured in the game. These include SASR, JTF2, KSK, FSK/HJK, GROM, Gruppa Alfa, UDT/SEALs, SOG (SSG/SIG), SAS, SEALs, SFOD-D, and OGA (CIA SAD/SOG) tier 1 operators. If you like to challenge gamers online you can do it in Warfighter as it supports online multiplayer. You can select your team and go head-to-head against the best players from across the world and prove that you are the best gamer among them.

The game will be a constant at gaming competitions as its primary focus lies upon providing authenticity to gamers. With realistic weapons that recoil just like their real counterparts, Warfighter will introduce a new type of gameplay that’ll surprise you every time you play the game.

I Just got the game yesterday little late than others but man what i say ... no words at all. I was readings the reviews a few days back and i will say all is lies i will give this game 10/10 much better than battlefield 3 , i am feeling i am watching a movie not playing a game...

The most authentic fps of this generation is a lie
Graphics
The graphics of this game in campaign is awesome a little better than battlefield 3 but in multiplyer graphics are same except of destruction as it is not possible
Campaign
If u try to find out a story in it you'll have a headache but if u take it as great set pieces personal life of army and great blast and insane amount of different style of breaches then u are here for a treat
And its ending is extremely emotional
Multiplayer
Wel...
READ MORE

Well, MOH was my first FPS game way back in early '11....I was waiting for this one from the day they revealed the release date, didn't bought it though, got a pirated copy, all bugs and glitches fixed, played the whole game all smooth...

My review on this game:
Lots of KILL (which I love), good variety of guns, car chase (which lasts LONG), good amount of BREACH technique (with the Knock Knock lol), good graphics esp. the sand graphics, good sound....
One thing I hated was the short campaig...
READ MORE

The game is superb in every way. One of the best FPS I have ever played. A little bit better than BF3. The story breathes life into this game and Frostbite 2 is amazing. The jewel of the game is its multiplayer. It has got a huge number of Tier One combinations. Thanks to Flipkart for delivering the game within two days of release and the dlc codes were straightaway mailed to me.I rate this game a 9 out of 10...
READ MORE

All the coming reviews from IGN, Euro games, GameSpot are totally wrong.
IN single player story is not so good or well edited but game play, Graphics, Tactics are awesome. If play in medium setting the graphics looks bad.
IN multiplayer, little bugs are present so it can be eliminated in next days but it is actually better than any other multiplayer game. It is new type to play multiplayer
Graphics 9.5/10
Story 7.5/10
Multiplayer 9.5/10
Sound 9.5/10
overall 8.5/10
READ MORE

nice game medal of honor warfighter this game can change the
meaning of online warfare
this the thing which can tell us that what is the meaning of real warfare medal of honor is one of my favroute game it wil be my fav . i want this game iam collecting money for this game
READ MORE

very good game. it should be made the game of the year. i liked it very much. the graphics are mind blowing. the story was gripping. i can play this game again and again. multiplayer is also excellent. the guns in this game are very good. there is nothing like mature in it.
READ MORE

1st one is far better and longer

i liked the game, it was pretty decent...gave me a good feel throughout...the story-line was heavy, but sadly too short.the 1st part was longer and more interesting,well thats wat i felt.Graphics are good, gameplay is also pretty satisfactory.
The price is too high, i mean at 1499 its definitely not worth it.
flipkart delivery was good, i finished the game in 2 days, now m just trying to figure out the way to play multiplayer.
i give this game 4 stars, because the story touched my heart, thou...
READ MORE

This game has an epic multiplayer style but the campaign is to damn short. The game starts and finishes real fast. The gameplay is fast and a real life feeling is felt. But Battlefield 3 was better in multipalyer. (That's because battlefield has its main emphasis on multiplayer)A bit pricey, but you will get an exclusive map and BATTLEFIELD 4 BETA exclusively, so worth the money but could have been a little bit cheaper. But overall if you are fond of playing fps then its a right choice. It di...
READ MORE

1. Awesome storyline and exectuion (I loved it, felt closest to real life ops and I am an avid reader of Spec Op non fiction).
2.Realistic missions.
3.Stunning graphics (Frostbyte 2 proves it';s mettel here again after BF3)
4.Emotional content was a brilliant touch, especially the ending, showed us what the families of these heroes go through, this applied not only to the US force but our guys too.
5. The vehicle controls has been improved a great deal.
6. Unlike BF 3 relatively easy ...
READ MORE

1
0
Permalink
Report Abuse
+
All 94 reviews
Have doubts regarding this product?
Safe and Secure Payments.Easy returns.100% Authentic products.
You might be interested in

Xbox One Physical Games
Min. 20% Off
Shop Now
Back to top